Trump campaign co-chair: Hillary has a battery pack implanted in her brain to control her health 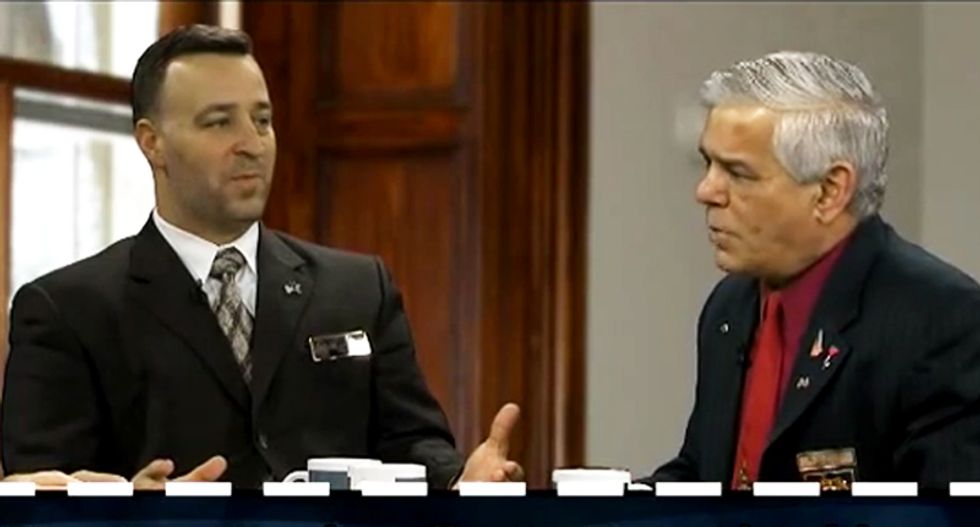 Writing on Facebook, a co-chair of the “Veterans for Trump” group suggested that Hillary Clinton has all the signs of Parkinson's disease and that she has a battery pack installed in her brain to control her condition.

According to Buzzfeed, New Hampshire State representative Daniel Tamburello claims Clinton's bout with pneumonia is a definite sign that she has Parkinson's because his father suffered from it and he's familiar with its effects.

Writing that pneumonia is “one of the most common secondary conditions” of Parkinson’s, Tamburello warned that it's “very common” for pneumonia to lead to the death of those afflicted.

Conspiracy theories about Clinton have swirled around the Democratic nominee since she fainted and suffered a concussion back in 2012. Despereate conservatives have ramped up the stories since Clinton had a coughing fit last week, and reached a fever pitch when she had to leave the 9/11 memorial on Sunday.