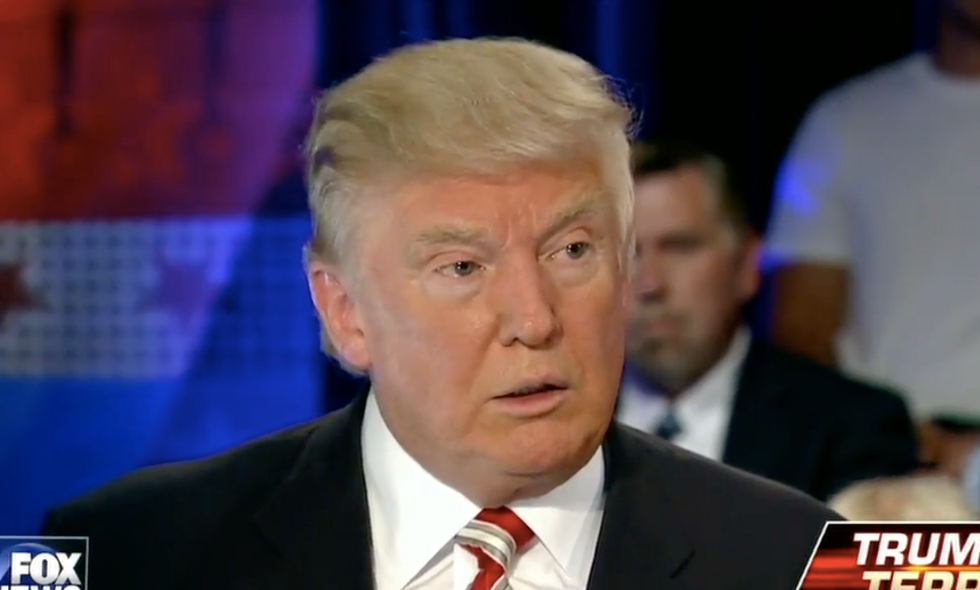 The head of the nation's largest police union took a slap at GOP presidential nominee Donald Trump on Wednesday for questioning the abilities of a female police officer who shot and killed an unarmed black man in Tulsa, Politico is reporting.

Five days after the 330,000 member Fraternal Order of Police endorsed the Republican candidate, the head of the union expressed dismay that Trump suggested that Tulsa Police Officer Betty Shelby may have "choked" when she shot and killed unarmed Terence Crutcher last Friday.

Speaking at church rally in Cleveland, Trump was asked about the shooting and gave, for the usually bombastic candidate, what could be considered a thoughtful answer.

"I watched the shooting in particular in Tulsa. And that man was hands up,” he continued. “That man went to the car, hands up, put his hand on the car. I mean, to me, it looked like he did everything you're supposed to do, and he looked like a really good man."

According to FOP executive director Jim Pasco, Trump's comments were inappropriate, stating the candidate, "Must be mindful of the due process rights and presumption of innocence accorded to all, including police officers."

Trump's comments were made in front of a group of black pastors as he continues to make a play for African-American voters who have shown nothing but disdain for him dating back to the primaries.