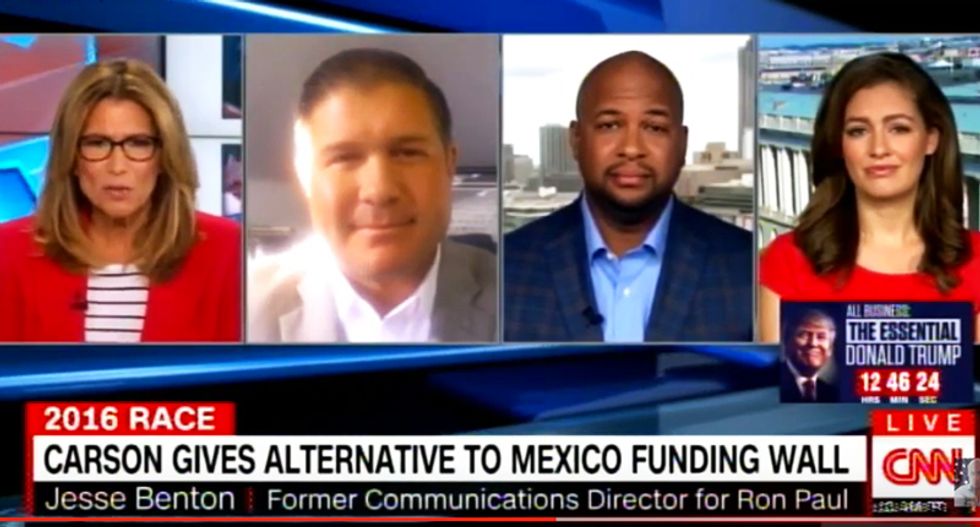 A conservative booster of GOP presidential nominee Donald Trump baffled a CNN panel Monday morning when he said that taxpayers wouldn't pay a cent for the proposed wall between the U.S. and Mexico, saying the candidate has a few financial tricks up his sleeve.

Speaking with host Carol Costello, former Mitch McConnell campaign manager Jesse Benton assured the panel that the wall would be built somehow despite confusion within Trump's campaign about how it will be paid for.

"Donald Trump's an expert on clever financing," Benton began. "I'm sure he'll have a lot of great ways to use tax credits. To use, sort of, payback programs, things like that. It's not exactly who writes a check--"

"Tax credits?" the host asked about a wall that some estimate will cost between $15 and 25 billion.

"Sure!" he blithely replied. "It's not exactly about who writes the check. Instead it's basically going to be done at no cost to the American people."