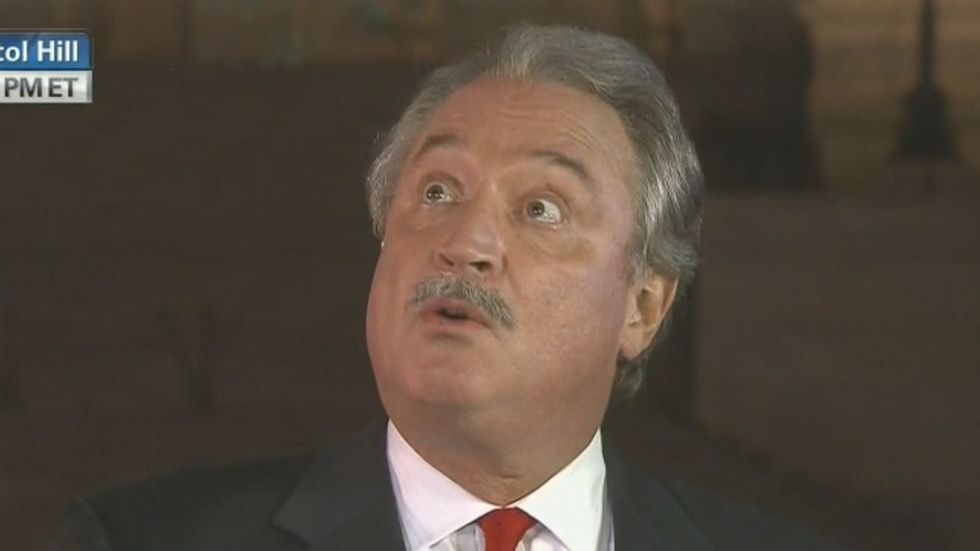 Just as conservatives felt they had deep-sixed GOP presidential nominee Donald Trump's five years of questioning President Barack Obama's place of birth, the head of a super PAC boosting Trump's candidacy opened a new can of worms by calling out the black president's "Otherness."

In an interview on NBC on Friday (video below), political consultant Alex Castellanos tried to set aside Trump's birther conspiracies only to use a common racist dog-whistle in the process.

Conservative use of "otherness" dates back to Obama's first term when he was accused of being a Kenyan Muslim and harboring "anti-colonial" feelings towards the U.S.

Faced with criticism over his comment, Castellanos - the head of the pro-Trump Rebuilding America Now super PAC -- took to Twitter to try and explain away his terminology.

"otherness: not faith or race but his cool detachment, intellectual distance + oblig to global v. US responsibilities," tweeted the GOP messaging guru, making the case for saying he meant Obama was too "cool" and detached.

Not everyone was buying it, with Daily Beast editor Goldie Taylor speaking for many on Twitter:

Castellanos was undeterred and continued to tweet throughout Sunday morning using other people's words-- and receiving fewer and fewer "likes" with each Tweet.