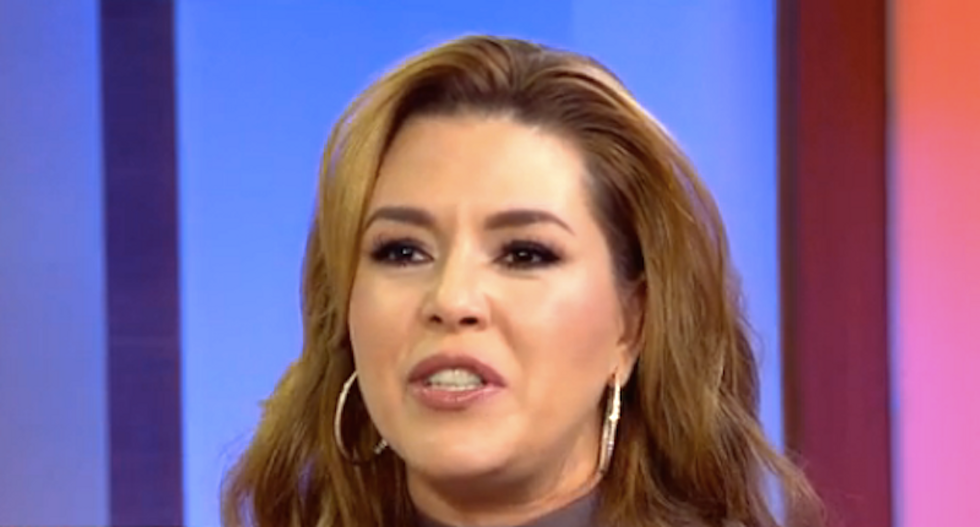 A former Miss Universe kept up her attacks against Donald Trump -- who repeatedly shamed her as overweight -- even as the Republican presidential candidate's supporters launched their own assaults on her character and morals.

Alicia Machado, who won the 1996 pageant when it was owned by Trump, told the "Today" show that the real estate developer and reality TV star's constant bullying contributed to her eating disorder.

The former beauty pageant winner said she struggled for years with the eating disorder after Trump repeatedly insulted her weight and forced her to work out in front of reporters at his Mar-A-Loga resort in Florida.

“Miss Piggy, Miss Housekeeping, Miss Eating Machine," Machado said Trump called her 20 years ago. "All the time. That was really normal for him, in that moment."

Trump's harassment took a toll on her, Machado said.

“You know, with 18 years old, when you are growing up, that was horrible for me,” Machado said. “My self-esteem (was) on the floor.”

The 39-year-old Machado said she wasn't the only target of Trump's insults, saying the GOP candidate frequently used racial slurs against black and Latino people when she knew him.

"I listened to a few comments from him when he was my boss, but I don't want to talk about it because it's too much rude for the black community, and I respect a lot of things," she said.

Machado, who is from Venezuela, said her experience with Trump made her deeply suspicious of his recent efforts to appeal to minority voters during his presidential campaign.

"Yes, he don't like that people either," she said. "He's trying to make up distractions and now he's in the churches. He's ridiculous."

Machado participated in a campaign ad for Hillary Clinton earlier this year, when she revealed Trump “bears many grudges and harbors a deep racism," but she wasn't aware the Democratic candidate would use her to attack the GOP nominee during this week's presidential debate.

The attack also seemed to surprise Trump, who asked Clinton where he'd heard about his widely publicized insults against Machado.

But he doubled down on his insults the morning after the debate, telling Fox News she was "the absolute worst" pageant winner because "she gained a massive amount of weight" as Miss Universe.

Trump's allies in conservative media and conspiracy theory clearinghouse websites have tried to smear Machado as an adult film actress and for allegedly threatening to kill a judge in Venezuela.

"The former Miss Universe was also reportedly the incubus for the child of a notorious Mexican drug kingpin," wrote Paul Joseph Watson.

Machado was accused -- but not indicted -- of driving her then-boyfriend to the scene of a shooting and threatening to kill a judge in the 1998 case.

But another judge found insufficient evidence to charge Machado, who has since become a U.S. citizen, and she addressed those accusations Tuesday night in an interview with CNN's Anderson Cooper.

"You know, I have my past, of course everybody has a past, and I'm no saint girl, but that is not the point now," she said. "(Trump) was really rude with me, he tried to destroy my self esteem. And now I'm a voice in the Latin community. I'm in a great moment in my life and I have a very clear life -- and I can show my taxes."