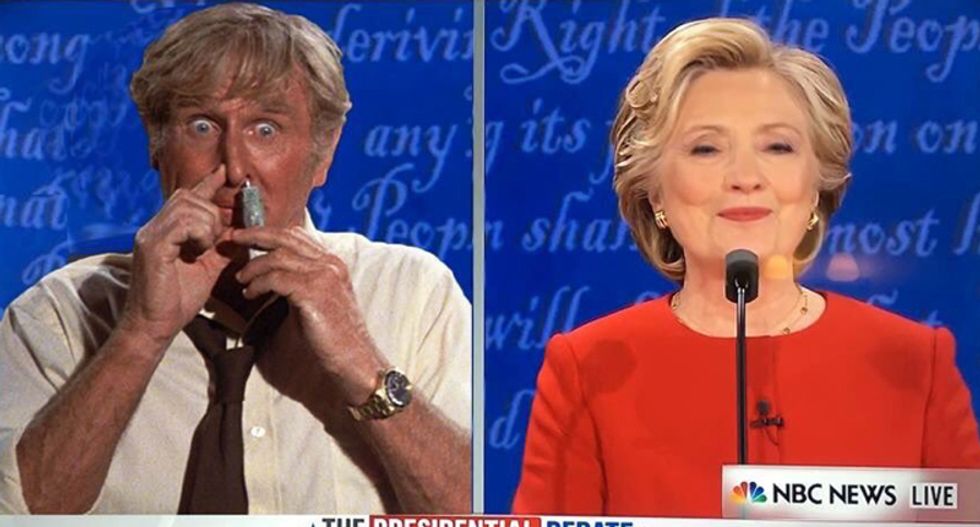 As most media outlets will be reporting, the "presidential Donald Trump" did not show up for his debate with former Secretary of Sate Hillary Clinton.

Instead the blustery, shouting, bullying and lying Trump on the Republican primary debates showed up and inserted snide asides as Clinton spoke when he wasn't rambling well over his allotted time.

Aside from a basket full of outright lies that will have fact checkers burning the midnight oil, Trump's demeanor and bullying manner lit up Twitter with many agreeing they were watching a #TrumpTrainWreck.

How could @KellyAnnPolls let Trump come out like this? The preparation obviously never happened.
— Armando (@Armando) 1474942065.0

Donald Trump proved once and for all he cannot change: ignorant, bullying, dishonest -- even worse than I expected and I didn't expect much.
— Tony Schwartz (@Tony Schwartz) 1474944081.0

How did people see it?