WARNING: Drinking every time Trump lies during the debate could lead to alcohol poisoning and death 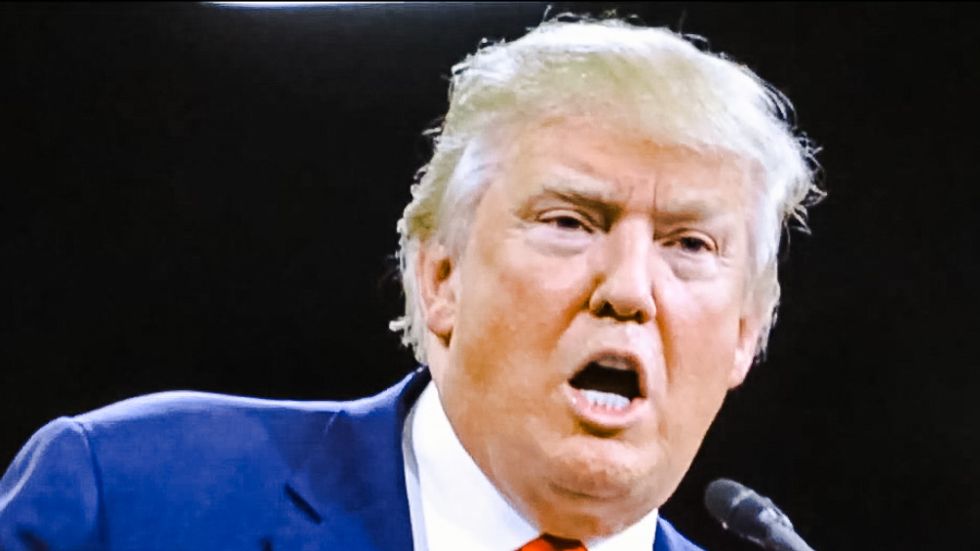 Many of you, no doubt, will be playing drinking games tonight during the 90 commercial-free minutes of the presidential debate between Republican presidential nominee Donald Trump and Democratic nominee Hillary Clinton. We at the Raw Story Stomach Pump Incident Prevention Desk would like to warn you that if you're planning on drinking every time Trump tells a lie, you could be seriously endangering your health and even risking your life.

Donald Trump lies at a historically unprecedented rate. According to Politico, the Republican candidate's strangely small -- but very loud -- mouth hole spewed lies at a rate of one every three minutes and 15 seconds during a five day period between Sep. 15 and Sep. 20.

As U.S. Surgeon General Dr. Vivek Murthy warned last year ahead of the Republican primary debates, debate watchers who drink every time a lie is told at the debate could put themselves on a fast track to alcohol poisoning.

“We are anticipating record levels of alcohol poisoning Thursday night all across the country, as Americans engage in drinking games while they watch the debate,” said Murthy in 2015. “We can’t impress enough on people about the danger of mixing alcohol and watching the GOP debates, especially with the field the Republicans are giving us this year.”

Toxicologist Dr. Lawrence Goldfarb of the Centers for Disease Control and Prevention (CDC) warned that the safe limit for alcohol consumption for an adult male is no more than four units per day. For women, the limit is three. A "unit" of alcohol equals around "12 ounces of beer, five ounces of wine or 1.5 ounces of 80-proof liquor."

However, if viewers of Monday night's presidential debate are taking shots or drinking every three minutes and fifteen seconds -- or more often if Trump marks the occasion of the first debate by being even more mendacious than usual -- they could quickly find themselves dangerously intoxicated and at risk of alcohol poisoning.

Alcohol poisoning can turn deadly. According to the Mayo Clinic, signs of alcohol poisoning include confusion, vomiting, seizures, slow breathing (less than eight breaths a minute), irregular breathing (a gap of more than 10 seconds between breaths), blue-tinged skin or pale skin, low body temperature (hypothermia), and unconsciousness from which the drinker can't be awakened.

If you or someone you are watching the debate with begins to exhibit signs of alcohol poisoning, seek medical attention. If the person is vomiting, try to keep them upright. Do NOT leave a person with alcohol poisoning alone.

"(A)lcohol poisoning affects the way the gag reflex works," said the Mayo Clinic. "Someone with alcohol poisoning may choke on his or her own vomit and not be able to breathe. While waiting for help, don't try to make the person vomit because he or she could choke."

It is important to ascertain whether the person is vomiting due to excess alcohol consumption or merely reacting sensibly to the spectacle of our democracy being turned into a cross between reality TV and the film Idiocracy. These two reactions can appear very similar, so it is important to remain vigilant and alert.

Complications of alcohol poisoning include:

Choking. Alcohol may cause vomiting. Because it depresses your gag reflex, this increases the risk of choking on vomit if you've passed out.

Stopping breathing. Accidentally inhaling vomit into your lungs can lead to a dangerous or fatal interruption of breathing (asphyxiation).

Seizures. Your blood sugar level may drop low enough to cause seizures.

Hypothermia. Your body temperature may drop so low that it leads to cardiac arrest.

Irregular heartbeat. Alcohol poisoning can cause the heart to beat irregularly or even stop.

Death. Any of the issues above can lead to death.

So let's keep it safe out there, kids. Maybe you should modify the rules of your game so that you drink every time Trump says something wise or reasonable. Of course, the danger presented by that course of action could be that you find yourself stone cold sober at the debate's end.