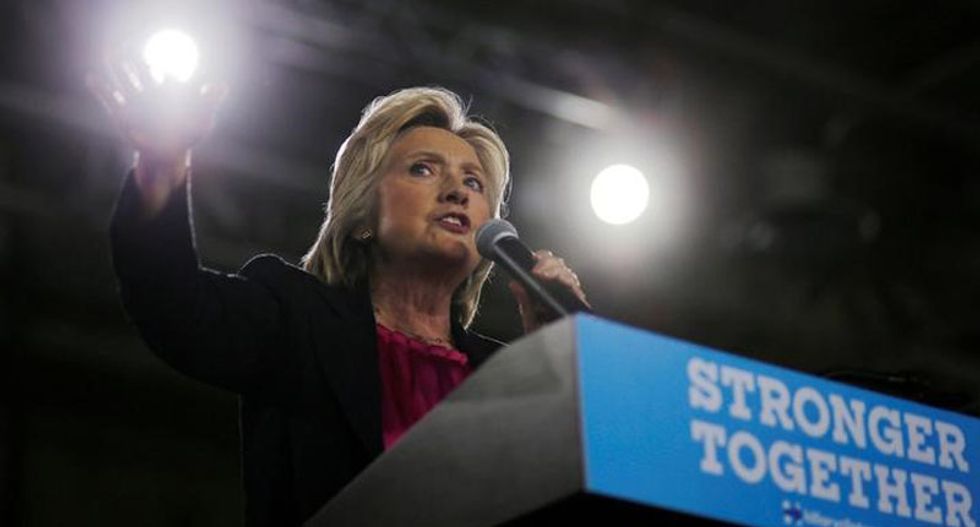 U.S. Democratic presidential candidate Hillary Clinton chastised Republican rival Donald Trump on Thursday for hinting about things he learned in classified intelligence briefings he has received as the nominee.

Speaking to reporters the morning after a New York forum on security featuring separate appearances by the two candidates, Clinton said the businessman was "inappropriate and undisciplined" in discussing his briefings from U.S. officials.

"I would never comment on any aspect of an intelligence briefing I received," said Clinton, a former secretary of state, before boarding her campaign plane.

At the televised forum on Wednesday night, Trump said he was "shocked" by information he got during the briefing. "What I did learn is that our leadership, (President) Barack Obama, did not follow what our experts ... said to do," he said.

Obama hit back at Trump on Thursday for criticizing his foreign policy record, saying the Republican nominee for the Nov. 8 election was unfit to follow him into the Oval Office and the public should press him on his "outright wacky ideas."