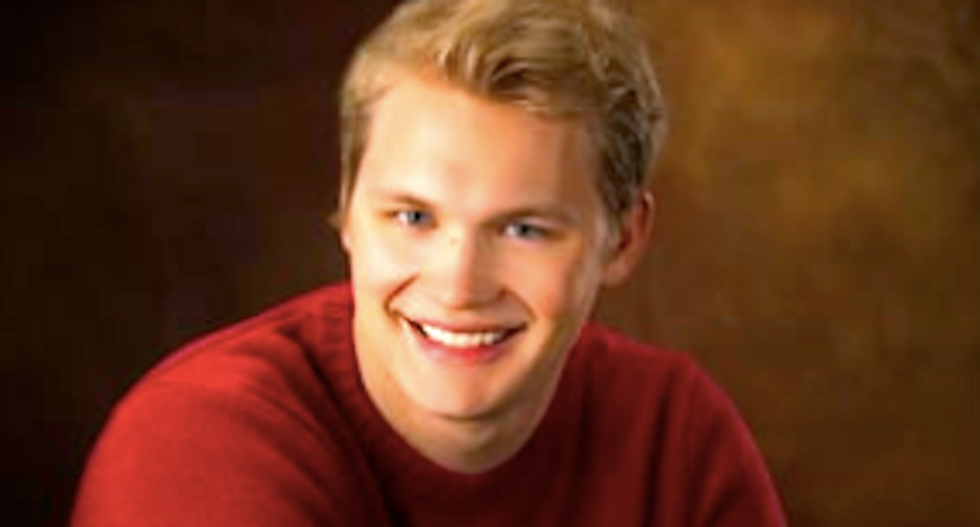 A Montana Republican has threatened to sue his opponent for defamation after she used his accurately quoted statements to make him look bad.

Robert Saunders, who is challenging state Rep. Jessica Karjala (D-Billings) for Montana's 48th District seat, sent a cease-and-desist letter to the incumbent lawmaker over a comment she says he made online, reported Last Best News.

Karjala had highlighted an online chat the 27-year-old Saunders, a graduate of the evangelical Patrick Henry College founded by the Home School Legal Defense Association, took part in back in March, when he claimed the Founding Fathers had intended to restrict voting to only wealthy Americans.

"Is it a desirable condition that between 40-50% of the members of the US Congress have more than $1 million dollars in assets, when less than 1% of the population of the USA has that level of wealth?" a participant asked during the discussion, which is hosted online by Quora.

"The Founding Fathers thought so," Saunders said. "Our form of government was designed so that only people with a stake in the country's future could vote. In the early days, this meant that only people who owned property could vote - just like today, in business, only shareholders in the company can vote."

"Likewise, only people who owned property could run for public office. Know why?" Saunders continued. "Because the Founders (rightly) believed that the people with the most to lose would be the least likely to screw up. People with money have the time and opportunity to educate themselves and a vested interest in doing so. Transients, college kids, and others without a dollar to their name have nothing to lose and are thus extremely unsafe custodians of power, being more likely to 'experiment,' often with catastrophic results."

He cited Bernie Sanders and the Soviet Union as examples of those "horrible" political experiments.

"That's why people think it's a good thing that our leadership is generally relatively wealthy," Saunders said. "Life under the leadership of people with lots to lose - while certainly not perfect - has always been proven to be better than life under people with nothing to lose. Order, stability, and the rule of law is definitely preferable to the alternative."

Karjala spoke to two voters about her opponent's historically dubious statements, and Saunders refers to one of those voters, identified only as Alex, in a cease-and-desist letter sent by attorney Emily Jones of the law firm Matovich, Keller and Murphy.

The GOP candidate's complaint is limited specifically to Karjala's alleged claim that Saunders believes voting should be restricted to only those worth $1 million or more.

The letter cites two Montana libel cases to support its claims -- although the newspaper reported that each of those plaintiffs ended up losing.

Karjala, who admits she is "stressed out" over the lawsuit threat, said she has consulted an attorney but did not intend to respond.

She also pointed out to the newspaper that another Republican candidate, Greg Gianforte, had threatened to sue his opponent, Gov. Steve Bullock, for reminding voters of the GOP challenger's 2009 lawsuit to deny public stream access.

State Rep. Art Wittich (R-Bozeman) sued a Montana man who wrote a letter to the editor pointing out that a jury had convicted the lawmaker in April of violating campaign finance laws for accepting and failing to report contributions from the anti-union National Right to Work Committee.

"Now we have Saunders taking a page out of their play book,” Karjala said.