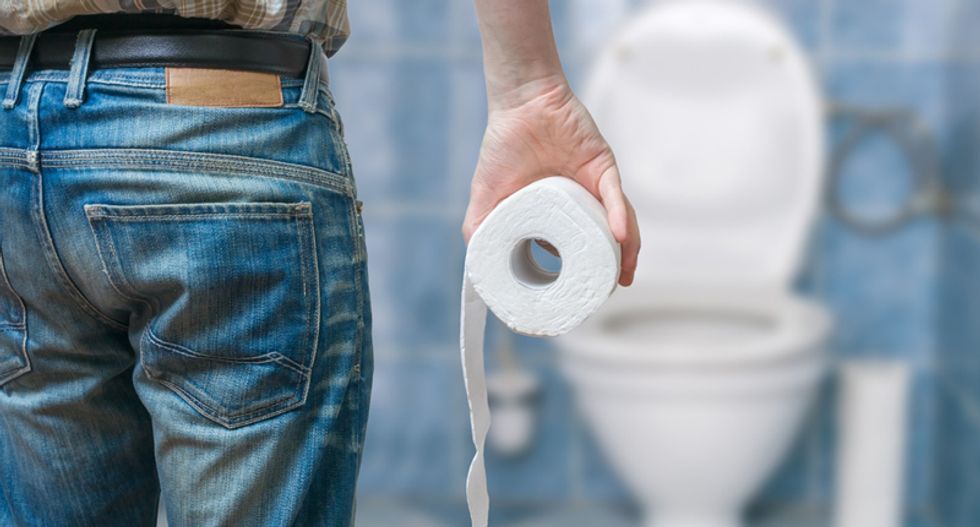 America is a gas-guzzling, car-obsessed, open-road nation. Few things appeal to Americans more than a (traffic-free, ideally) leisurely drive to a fun, kick-back-your-heels destination, all the while enjoying the passing scenery. Of course, in order to achieve this bucolic vision of paradise, we need to fuel up the car, and in order to do that, we have to stop at the gas station. A study by Kimberly-Clark in 2015 investigating bacterial hot spots in the workplace fingered gas pumps as one of the unhealthiest things you can handle, and a new survey recently corroborates those findings.

Admittedly, it’s probably no great surprise that gas pumps are not exactly pristine. Never mind the chemical contamination that comes from gasoline itself, think about the sheer number of people endlessly grabbing the pump, often after returning from a pit stop at the not-so-hygienic gas station bathroom. You get the idea. Still, the new study gives one pause and suggests a bottle of sanitizer might not be a bad glove compartment staple.

It’s not just the number of germs present on gas pump handles, but the quality of those germs. The earlier Kimberly-Clark study, led by a University of Arizona microbiologist named Charles Gerba (whom colleagues know as “Dr. Germ”), found that 71 percent of the pumps were highly contaminated with germs associated with disease. The new survey, conducted by Busbud, studied samples from three different gas stations, as well as three different charging stations, to see what we may be exposing ourselves to. The sample size is small, but the results mirror the larger earlier study and are eye-opening.

OK. So there are over two million CFUs dancing around on the gas pump. What kind of germs are they? Luckily, about half of them are usually harmless. These are the CFUs known as gram-positive rods. (I say usually because gram-positive rods can sometimes cause some types of infections, but are not considered unusually worrisome.) But those other million or so CFUs are mostly of the gram-positive cocci variety, and these are nasty critters that can cause skin infections, pneumonia and toxic shock syndrome.

Does the type of gas you select safeguard you in any way? It would seem so, to some small degree. The sampling showed that the buttons for regular gas contained 3,255,100 CFUs per square inch, about a third of which were the gram-positive cocci (bad germs), and another third of which were bacilli, another type of bad-guy bacteria linked to food poisoning and infections in newborn babies. The other third were mostly the safer gram-positive rods, with a smattering, about 5 percent, of gram-negative rods. These latter germs are especially worrisome as they are linked to antibiotic resistance as well as meningitis and pneumonia. The premium gas button had about 2,022,034 CFUs per square inch, divided about half gram-positive rods and half yeast (and we all know about yeast infections).

Since a typical visit to the gas station involves pressing the gas grade button as well as lifting the pump handle, that means, for regular gas, exposure to about 5,267,070 CFUs per square inch, and for premium gas about 4,034,004 CFUs per square inch.

Tesla and Volt owners, rejoice! If you own an electric car, and use a charging station, you can breathe a lot easier. The typical car charger has only 7.890 CFUs per square inch.

If you want to minimize your exposure to these germs, use a paper towel to hold the handle and push the button, or keep that hand sanitizer around and wash your hands after filling up.