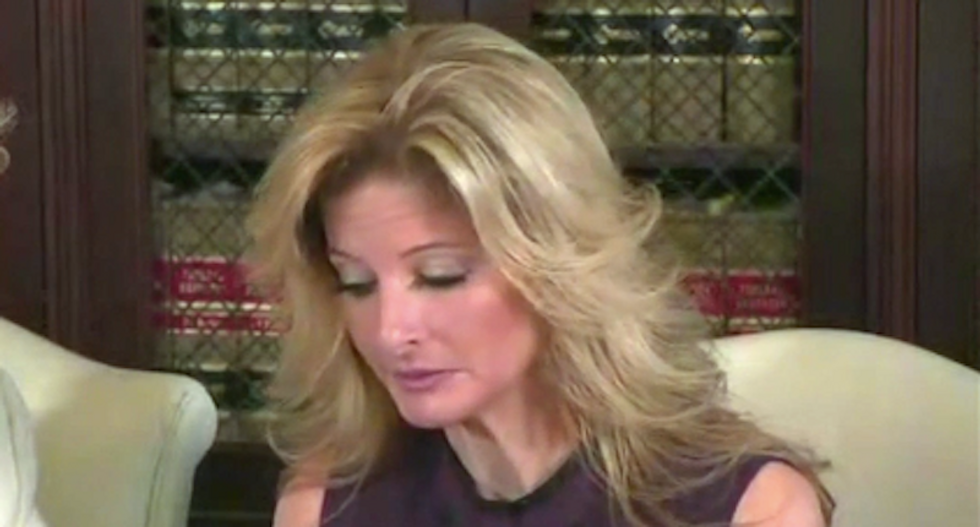 Another woman, Summer Zervos, is coming forward to accuse Donald Trump of sexual misconduct against her.

Zervos, appeared Friday afternoon alongside attorney Gloria Allred to accuse the Republican presidential nominee of groping and kissing her during a business meeting.

Zervos, was a candidate on "The Apprentice" in season five, decided to come forward after hearing Trump's "obscene" language on a 2005 hot mic recording and then, during Sunday's presidential debate, denied that he had ever engaged in sexual misconduct.

She said Trump accosted her during a meeting at the Beverly Hills Hotel during a 2007 meeting about job opportunities.

A security guard ushered her to a bungalow, where Trump greeted her, apparently in the nude in a bedroom, with a sing-song hello -- which made Zervos uncomfortable.

He kissed her open-mouthed and pulled her toward him, Zervos said, and then asked her to sit on a love seat next to him.

Trump again tried to kiss her and grabbed her breast, and he tried to pull her into a bedroom to "lay down and watch some 'telly-telly,'" Zervos said.

He continued to aggressively paw at her and kiss her, and thrust his genitals at her, and she said Trump paced around angrily after she rejected him and asked to leave for a restaurant.

Zervos said he insulted her at dinner and said no one had ever loved her, and then questioned her about business after the food arrived.

"I wondered if the sexual behavior was some sort of test and whether I had passed," Zervos said.

Zervos accepted an invitation to meet Trump the following day at a golf course, and she was later offered a job by a person Trump introduced her to -- but at half the salary she had requested.

She called Trump to complain that she felt "penalized" for rejecting him, and he basically blew her off and asked her not to call again.

She had told two friends about the incident shortly after it happened, but has not come forward publicly until Friday.

Several women have accused Trump this week of sexual assault or misconduct since the release of a 2005 recording that captured him boasting about getting away with grabbing women "by the p*ssy."

"Your star has been irreparably tarnished by your own words," Allred said.

Allred said Trump himself was to blame for the loss of his reputation, and she urged him to seek help.

Zervos, who said she is a Republican, has decided not to file a lawsuit against Trump.

Allred said many other women had contacted her regarding Trump, but she couldn't say whether any of them would come forward with their claims.

Watch video of the press conference, courtesy of 23 ABC News, below:

Trump slapped down by judge in bid to avoid Jan. 6 Capitol cop trial

Donald Trump's attempt to get a civil suit filed by Capitol police officers who were brutalized by insurrectionists on Jan. 6 dismissed failed and will proceed.

According to a report from Bloomberg News, US District Judge Amit Mehta poured called cold water of the former president's bid to get out from under the lawsuit by claiming presidential immunity.