Arcade Fire frontman: Trump is a ‘complete f*cking nightmare and a clown' 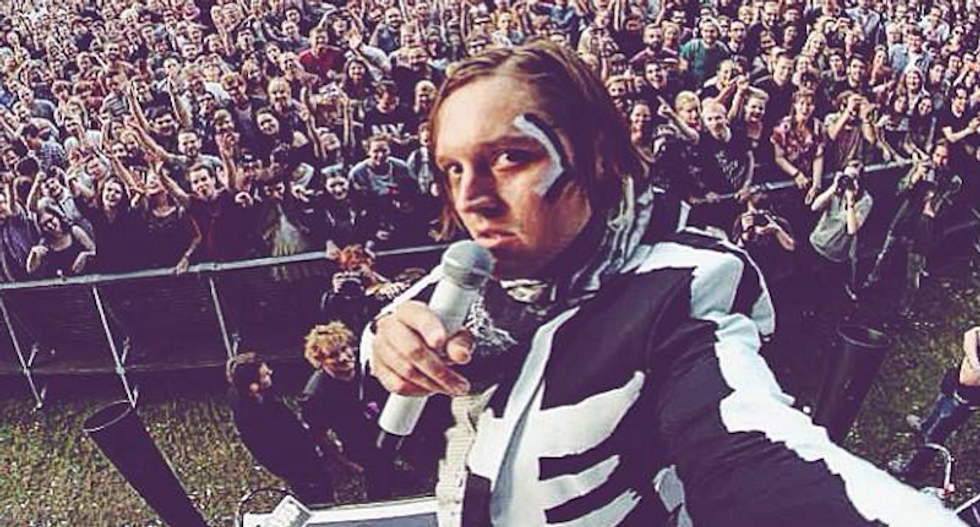 Arcade Fire's Win Butler had some harsh words for GOP nominee Donald Trump last week. At a Red Bull Music Academy event in Montreal, the Canadian singer and songwriter called Trump a "complete f*cking nightmare, and a clown, and a joke."

Butler said, "It really is an extremely important election," adding, "You don't have to hang out with Hillary. But, Jesus Christ, vote for Hillary Clinton. Everyone register because it could not be heavier. The consequences could not be more dire."

It's true that the 2016 presidential election is an important one and it's coming up quickly. As November 8 approaches, a lot of voters are still undecided, though not unsurprisingly as Trump and Democratic nominee Hillary Clinton are the two most unfavorable presidential candidates in history.

According to Reuters/ IPSOS polling, 7 percent of voters are undecided this year, which accounts for 9 million people out of the total 235 million eligible voters. This means that the population of undecided voters could play an important role in the 2016 election.

It seems that many organizations and individuals are trying to appeal to the undecided voter this year. For instance, the New York Times editorial board recently endorsed Clinton, indicating that their endorsement was less about those who would absolutely support her and more for those who were still unsure.

Butler also said, "There's a lot of kids that will not have access to healthcare and to education." Unfortunately, many Americans find themselves stuck between two bad choices this year and many lack trust in a Clinton presidency.

But Butler makes a fair point: Donald Trump is a nightmare.

Watch the full 2-hour conversation below.