Bill Maher: A losing Trump is going to have an army of well-armed 'knuckle-draggers' at his disposal 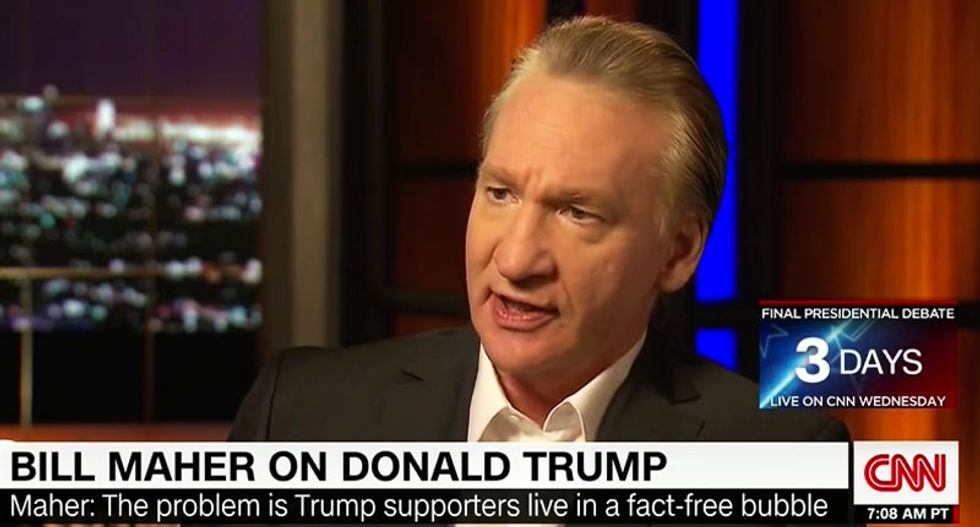 In an appearance on CNN with host Fareed Zakaria, Real Time host Bill Maher turned serious and expressed real concern over what Donald Trump and his rabid supporters will do should he lose the election.

During the interview with the CNN host,  Maher was asked about Trump's ramped-up rhetoric in the past few days that the election is "rigged,"with  Maher saying the GOP presidential nominee is lighting the fuse of a powder keg that could blow up post-election.

Asked what he thought Trump would do should he not win, Maher was succinct: “Not good things."

"I worry about that," he explained. "He’s got his knuckle-draggers all riled up about the fact that this is a rigged election.”

Trump true believers who find nothing he says or does deplorable essentially makes them a cult of personality, he continued.