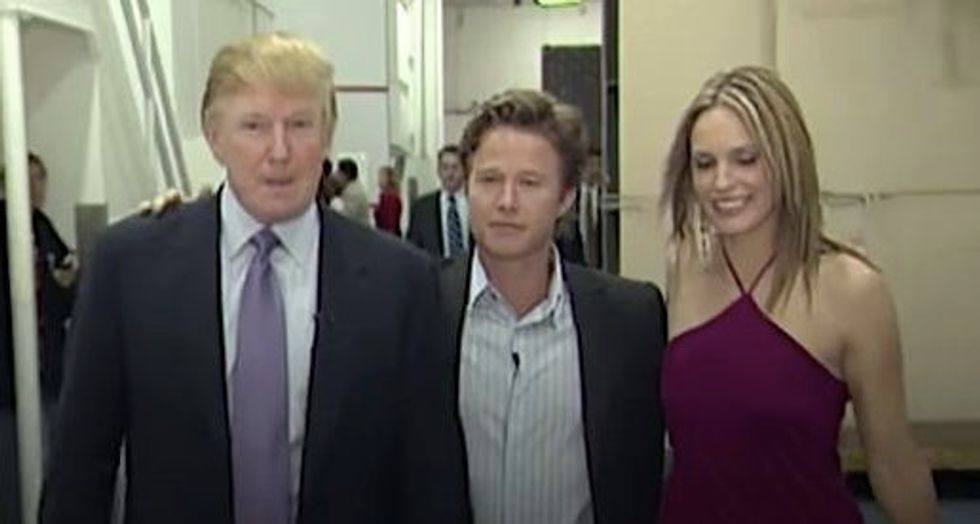 The suspension comes as a flood of Republicans have withdrawn their support for Trump over the video that emerged on Friday showing the businessman, then a reality TV star, talking with Bush on an open microphone about groping women and trying to seduce a married woman.

The controversy has pitched Trump, 70, into the biggest crisis of his campaign and deepened fissures between him and establishment Republicans just a month ahead of the Nov. 8 presidential election.

Bush has been suspended indefinitely from the "Today" show, where he hosts the third hour of programming, NBC said.

It quoted Noah Oppenheim, the executive in charge of the morning show, as saying in a memo to staff that "there is simply no excuse for Billy's language and behavior on that tape."

Oppenheim said Bush had been suspected "pending further review of the matter."