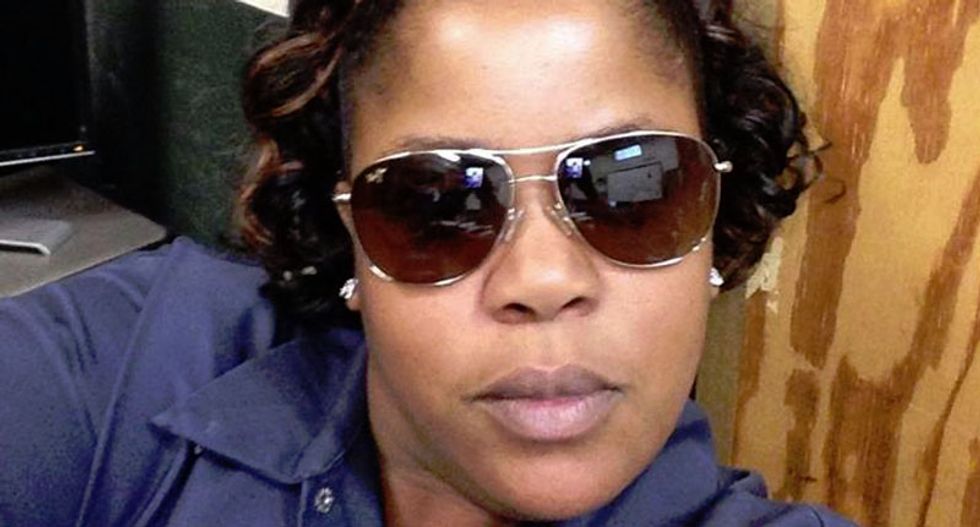 If one needed more evidence that the gap between the haves and the have-nots in New York City is an uncrossable ravine, the most recent story from Manhattan's Upper East Side may have kicked out the last strut holding up the mythic bridge to equality. City Parks worker Tasheema Chatman was ordered by her supervisors to bring cleaning supplies over to the park to clean dog feces off the shoe of an artist.

Chatman says the order has left her feeling "completely humiliated and degraded." The artist, Christos Palios, a Baltimore-based photographer told a reporter who reached him by phone that "she was very accommodating and willing." He also said that he had been told by those associated with the Gracie Square Art Show that there was "a service" for dealing with dog poop in the park. Carl Schurz Park has a dog park, but rules clearly state that owners are required to clean up after their pets.

When Chatman received the initial call to clean up dog crap, she thought that it was on the sidewalk. Instead, she was "horrified" to learn that it was on the bottom of Palios' shoe, and the two supervisors who were standing there expected her to clean it up. She said that Palios asked her to help him, by which she understood that she was supposed to clean the shoe. She said she kneeled in front of him, and he took off one of his black, European shoes while she cleaned it. She said the smell nearly caused her to black out, and she walked away after she saw Palios checking to see if there was dog feces on the other shoe.

Chatman walked away and she called her two supervisors over to talk to them, noting that she didn't feel that she could have refused to clean the shoe since her supervisors were standing right there. "I felt had been violated at that point, cleaning peoples shoes. Even though it was extreme for us to be out there cleaning up poop with a scrub brush but that’s what they want us to do during the art show," Chatman said.

She said that she knew that cleaning shit off shoes was not in her "job specs," but because her supervisor was standing there, she couldn't refuse a direct order. "I felt completely humiliated and degraded. My reaction was, “Why I’m cleaning the poop off of someone’s shoe. This is crazy, I can’t believe I’m cleaning someone else's shoes. I know this is not in my job specs that’s what was going through my mind, I felt humiliated and degraded.”

After speaking to the two supervisors, Chatman went into the bathroom where she cried out of humiliation. Co-workers consoled her.

Palios denies that Chatman didn't have a choice. “We knelt down I felt uncomfortable a little bit the whole time but I thought it was just going to be a fifteen or twenty-second thing which it was and that was that,” he said.

“What bothers me universally is that she had a choice just to say no, no, no. I mean I didn’t order her I asked her actually a couple of times I said are you sure, and I just thought she had helped someone else with it or, or it was no big deal. You know and as I told you I felt uncomfortable the whole time."

Chatman says that, despite the Parks having a black commissioner, and despite Carl Schurz park being two blocks from Gracie Mansion, home of NYC Mayor Bill de Blasio, her treatment is part of a larger pattern of racial and sexual harassment and discrimination that has infested the department for years. Chatman has worked for the Parks department since 2007.

"Workers like me and others are kind of scared and intimated to say something, scared that you are going to get written up or lose their job if you say something to the wrong person. They’re scared to step forward and speak up for themselves and that’s why a lot of things happen in the Parks Department and its been happening for years. You are intimidated by the ones who have been there for so long and they know this and that’s why they get away with it.

They use their power to intimidate us. They really do.”

Watch this video where New Yorkers talk about how special it is to hang out in Carl Schurz Park: