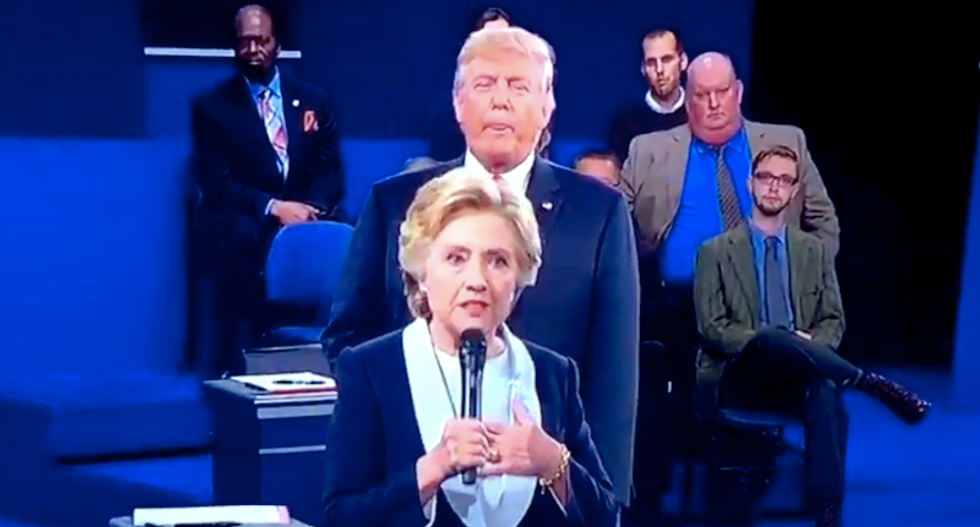 Janine Driver -- a former investigator with the Bureau of Alcohol, Tobacco, Firearms and Explosives -- said Trump loomed and lurked behind Clinton in response to her power move.

"Look at what happens, Hillary is going to his side of the stage," Driver said. "She's standing in front of him -- what's he going to do? Sit down? Go to her seat?"

Clinton effectively prevented Trump from interrupting her by standing in front of him, said Driver, president of the Body Language Institute and a frequent talk show guest.

Trump tried to lower his stress by pacing around behind Clinton, but she said his movement was also "a pre-assault indicator."

"So at some parts of watching last night, I was really getting nervous," Driver said. "Because she was in his space. He's like a dog who's starting to get anxious, he's being backed in a corner. So I had a little anxiety during these moments."