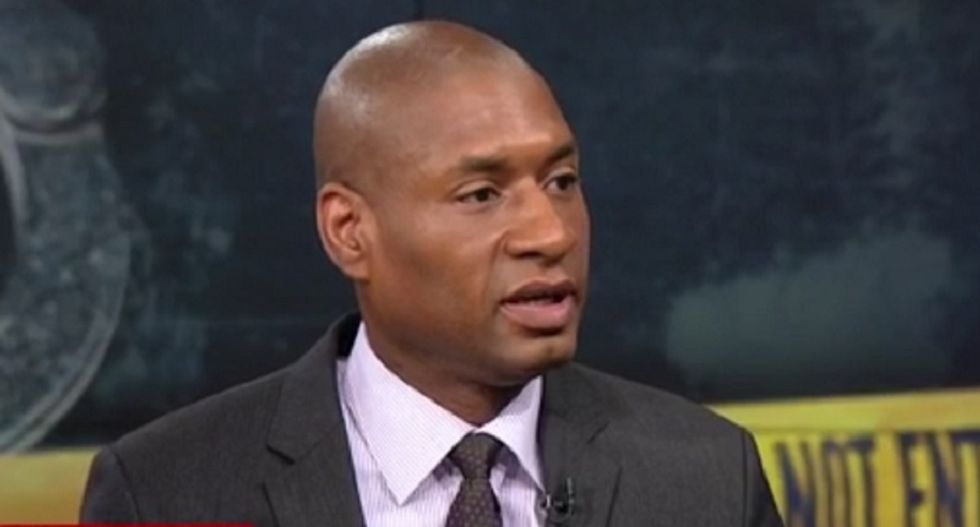 Donald Trump's dark complaints about a "rigged" election were lifted from Bernie Sanders -- and then used as weapons to undermine the potential presidency of the first woman to ever serve as head of the executive branch.

New York Times columnist Charles Blow faults Sanders for eroding voter trust during his primary campaign against Hillary Clinton, and which Trump has turned into another variation of his "birther" conspiracy theories intended to undermine the first black president, Barack Obama.

Blow said blogs such as Vox and FiveThirtyEight worked to debunk Sanders' claims, saying some Democratic Party rules worked against him while others worked in his favor, but the Vermont independent "simply lost because he got fewer votes."

As Trump sinks in the polls in the weeks ahead of Election Day, the Republican presidential nominee has twisted Sanders' anti-establishment motif to suggest the results won't be legitimate -- and many voters agree.

"At this point, it’s not even clear if Trump would graciously concede if he lost," Blow said. "Indeed, grace may be beyond his grasp."

Blow said he thinks the Democratic presidential nominee is likely rising in the polls as "a repudiation of Trump’s abhorrence," rather than enthusiasm for a Clinton presidency -- and he blames her male rivals for undercutting "this immensely qualified woman."

"I think it’s fair to say our electoral processes aren’t perfect," Blow said. "But they’ve never been. Nor has any candidate been perfect. So why must those imperfections be nullifying at the very moment that a woman is on the verge of victory? Clinton is a woman beating men at their own game. Deal with it."