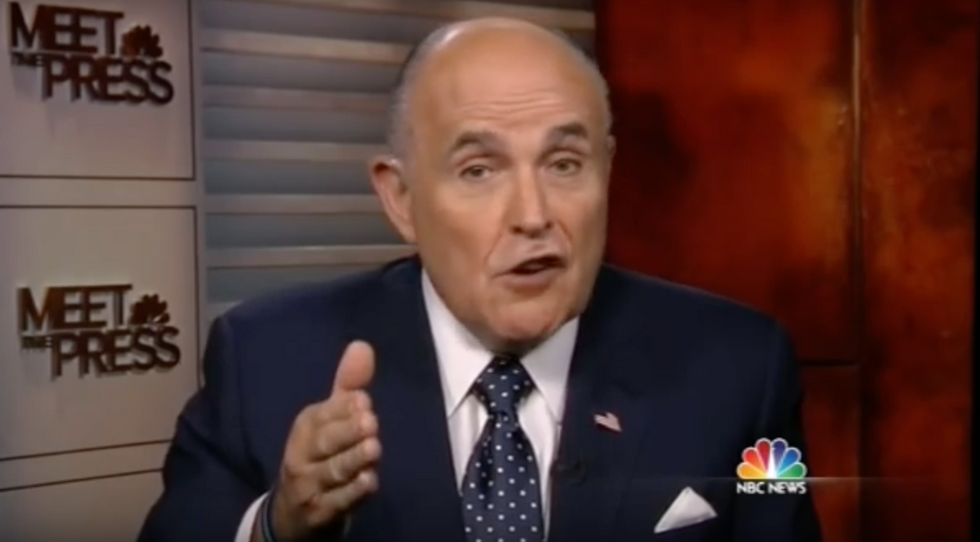 Going beyond the candidate's vulgar bragging about getting away with sexually assaulting women because he's famous and rich, Todd shared audio from a Howard Stern interview with Trump boasting about being able to gawk at beauty pageant contestants backstage while they were naked because he owned the pageant.

In the tapes, Trump can be heard telling Stern, "I’ll tell you the funniest is that I’ll go backstage before a show and everyone’s getting dressed. No men are anywhere, and I’m allowed to go in, because I’m the owner of the pageant and therefore I’m inspecting it…. ‘Is everyone OK’? You know, they’re standing there with no clothes."

Trump adds, "And you see these incredible looking women, and so I sort of get away with things like that."

The former New York Mayor tells Todd how it's not OK that Trump said such things to Stern, but are we really talking about what he said or what he did? Todd hammered the Trump advocate, "It's not about saying it, Mr. Mayor. It's doing it. He's bragging about making unwanted sexual advances. You're saying that the words are wrong, how about the actions?"