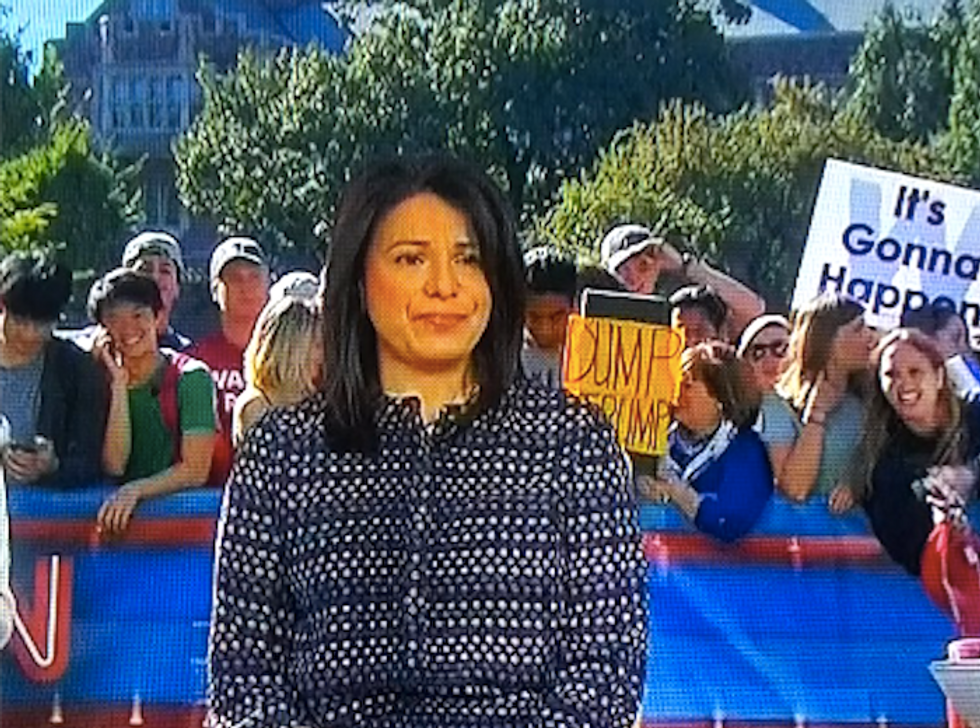 On Saturday afternoon's edition of CNN Newsroom, Democratic strategist and former Clinton and Obama campaign advisor Patti Solis Doyle blasted Donald Trump's half-hearted apologies for the vulgar, crude remarks he made on an audio tape that surfaced on Friday.

Trump surrogate Kayleigh McEnany said that if Trump humbles himself before the American public and apologizes sincerely for what he said in the 2005 video, he will be forgiven.

"He apologized for the statement," McEnany said, "he took it back. For me, two apologies is good enough. He made the written statement as well."

For Solis Doyle, however, Trump's lewd musings about acts of sexual assault on women are too far beyond the pale to be countenanced.

"I think if he does that tomorrow night, it's too little too late, frankly," she said. "In his first apology, he referenced locker room banter which to me translates to 'boys will be boys' which is completely unacceptable. We're talking about sexual assault, here. And then the second apology -- he looked like he was being held hostage and forced to say those words, say he was sorry. He was very defiant. Then he brought in attacking his opponent again, attacking Hillary and her husband. I think even if he is remorseful and more contrite tomorrow night, I think it's too little too late."