Cummings’ shocker: Americans don’t ‘have a clue’ how hard the GOP pushed the FBI to attack Clinton 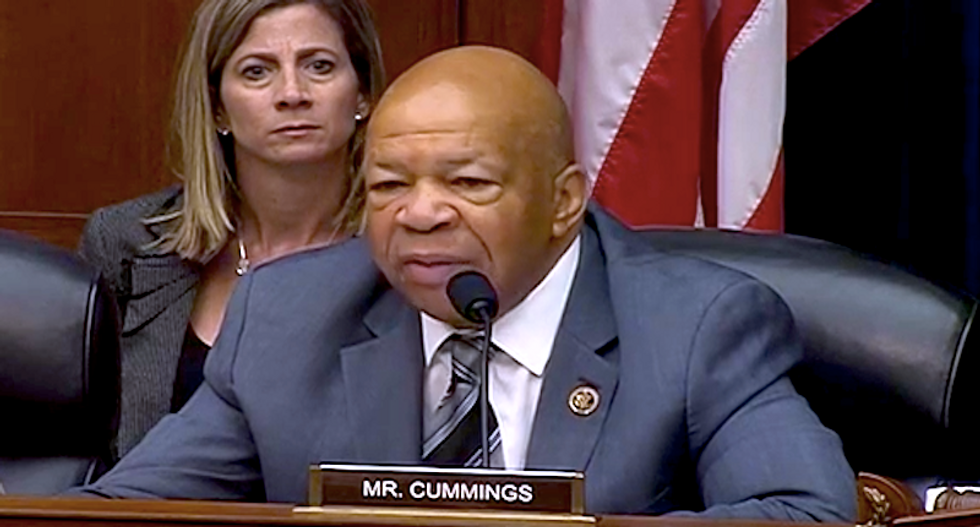 Rep. Elijah Cummings (D-MD) is furious that the FBI is caving to GOP pressure without giving the same treatment to Republican presidential candidate Donald Trump.

In a Monday morning interview with CNN's "New Day," Cummings admitted he was shocked by the letter that FBI Director James Comey sent to his committee.

"I was surprised that the director who has told our committee on several occasions that his number one concern is his reputation that he would issue a letter that, number one, was so vague," Cummings began. "And that, basically, gave Donald Trump a softball to hit over the fence. And he knew, I'm sure, that this is exactly what Donald Trump would do. He would exaggerate."

Cummings went on to call the letter vague again, saying that it leaves so many facts out of the equation. But given the pressure Comey was under from the GOP, he's not shocked it happened. "We don't know how many of these e-mails are duplicates. And we don't have very much information at all. But the fact still remains that -- it doesn't surprise me, though, in a way that he did this. Because I don't think the American people have a clue as to how hard the Republicans, particularly on my committee, have been on the FBI."

According to Cummings, the GOP loved Comey, but when he came to them in July recommending no charges for Hillary Clinton they turned on him.

"So, you know, and now what they're doing is trying to get every note," Cummings said of the committee attempting to get every ounce of information from the FBI. "They've gotten the interviews of the FBI and everything involved in the investigation. Now, as I told director Comey at the time of the hearing back in July, I said to him, 'Sir, they are now going to investigate you and your agency.' That's exactly what they're doing. He asked me, in a way, was I surprised? I wasn't."

Cummings doesn't think that Comey released the latest information for partisan reasons. Instead, he believes the GOP has pushed Comey to the actions he took.

"I think what has happened is that he knows that Republicans, if he makes any misstep the Republicans are going to be all over him and they're going to try to bring harm to him," Cummings said. "And he doesn't want to -- I think his position is, 'Look, they're looking at everything I do. I want to make sure that I let them know what's going on.'"

There was one moment that stuck out to Cummings during the Comey hearing in July, however. "He said 'I do not believe that there should be a double standard to the disadvantage of Secretary Clinton,'" he quoted. But that double standard is exactly what Cummings says is happening at the FBI.

"One of the things that you all have not talked about," Cummings continued. "I listened to the interview with Jason Miller about information out there about Mr. Trump, Mr. Manafort and the Russian government. Members of Congress, including myself, have asked for months for the FBI to provide us with information as to whether Mr. Trump other associates and the Russian government have any coordination or connection with each other." Not one ounce of information has been given to Congress on it.

Cummings believes there is a a clear double standard. "You have Hillary Clinton and Ms. Abedin, who has cooperated with the FBI. Keep in mind when the FBI came before my committee, this is what the director said. He said 'I had 20 of my all-star FBI agents, senior FBI agents, who agreed unanimously, that there was no reason to bring charges in and no reasonable prosecutor would do it."

He continued, saying that the fairness is missing in the FBI because it has left Clinton unable to defend herself while Trump gets to make wild accusations based on zero information. He wants to see the FBI give Manafort and Trump the same treatment.

Check out the interview below: