Eric Trump: My dad won't go to China without a red carpet welcome and a marching band 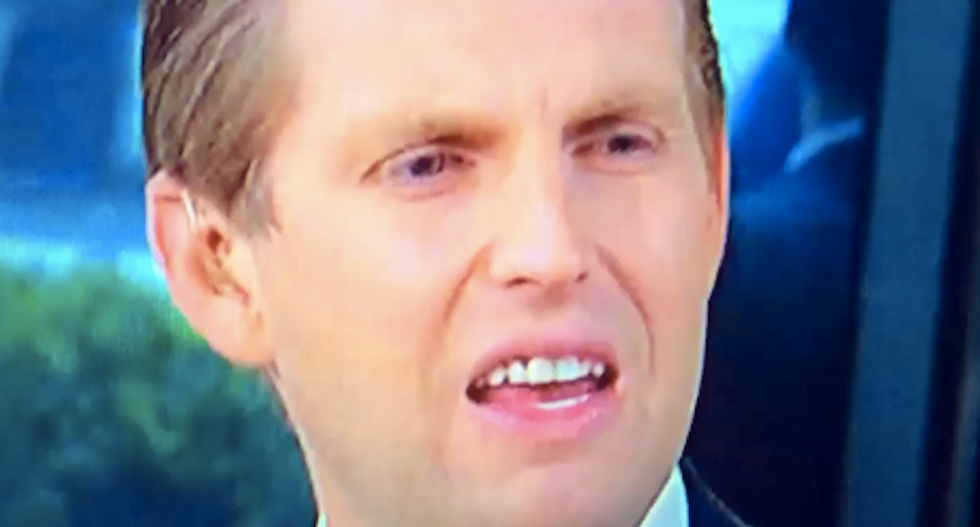 At a rally for his father and other Republican candidates in Norwalk, Ohio, Eric Trump said on Tuesday that his father will not travel to China unless they welcome him with a marching band.

"The American people have lost their voice in this country," said the Trump scion, "but I promise you we're going to get it back."

"Obama goes over to China last week, you probably saw this," said Trump. "He landed in China with Air Force One and they didn't even bring a staircase up to Air Force One."

"No red carpet, no marching band," he said. "No dignitaries, no nothing. Obama had to get out through the service entrance of Air Force One."

The crowd erupted in cheers.

"This is how China disrespects us," Trump went on.

He said that if his father went to China "and if there wasn't a red carpet, if there wasn't a marching band, and the dignitaries and the top people in the country weren't there, 'No, captain. Fuel up this plane. We're getting the hell out of here and we're going back to Washington."