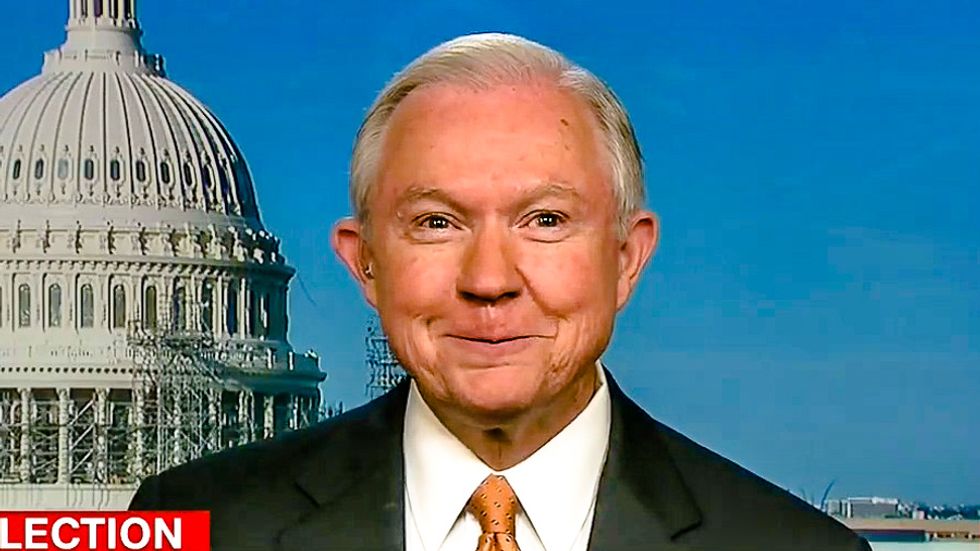 Sen. Jeff Sessions, a Donald Trump supporter and longtime prosecuting attorney, said Sunday that he was unsure whether forcibly grabbing a woman's genitals without gaining her consent was sexual assault.

Trump was caught on audio boasting in 2005 that he could kiss women or "grab them by the p*ssy," and there was nothing they could do about it because he was a "star."

"I don't characterize that as sexual assault, I think that's a stretch," Sessions said. "I don't know what he meant."

The magazine again asked Sessions, who served as a U.S. from 1981 to 1993 and as Alabama's attorney general from 1994 to 1996, whether grabbing a woman by the genitals was sexual assault.