Former Apprentice staffer: Gary Busey groped me 'between my legs' -- and Trump stood by and laughed 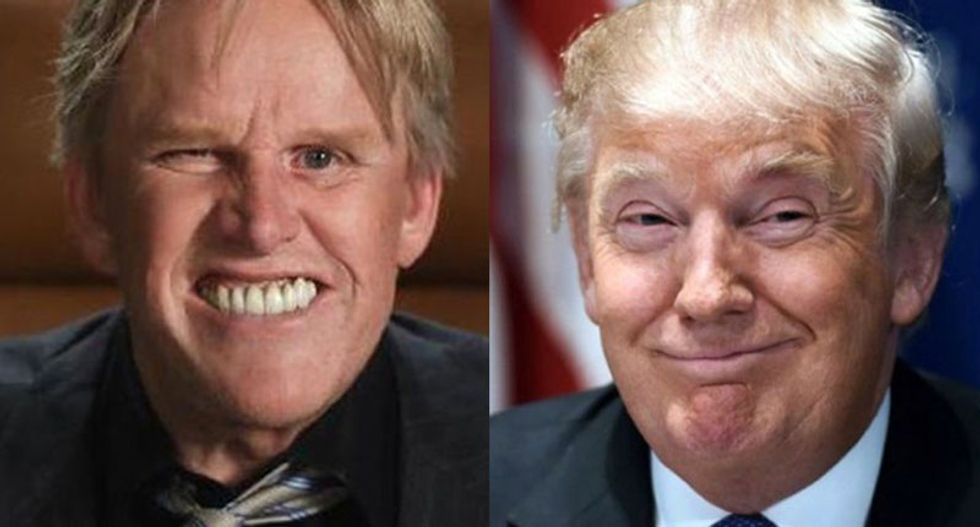 According to five former staffers on the The Apprentice, GOP presidential nominee Donald Trump wasn't the only person on the set who couldn't keep his hands to himself.

In interviews with The Daily Beast, the five remembered actor Gary Busey grabbing one of their colleagues between her legs and seeing Trump laughing about it later.

According to the assaulted woman, the incident occurred during the 2011 season of Celebrity Apprentice while shooting in New York City

According to the witnesses, Busey's actions were criticized immediately, but Trump found it amusing and refused to boot the actor off the show.

“They had booze for the gallery party, I think Lil Jon ordered it,” the woman told the Daily Beast. “And so, a few of the celebrities wanted to do a shot together after we finished [setting up] for the show. We all took a shot together, and then went to stand together for B-roll time.”

“We were smoking cigarettes outside, and Busey was standing next to me. And then at one point, he grabbed me firmly between my legs, and ran his hand up my stomach, and grabbed my breasts,” she continued. ”I didn’t know what to do. So I made this joke that, ’Oh, I’ve never been sexually harassed by a celebrity before!’ Then he grabbed my hand and put it [over] his penis, and said, like, ‘I’m just getting started, baby.’”

Staffers on the show said Trump eventually gave Busey a "slap on the wrist," and that he did not leave the show until the end of the season when he was "fired."

The woman who was assaulted also stated that Trump said, “gross things all the time,” and that the atmosphere at Trump Tower when shooting was “disgusting” due to the high frequency of sexual comments and harassment.