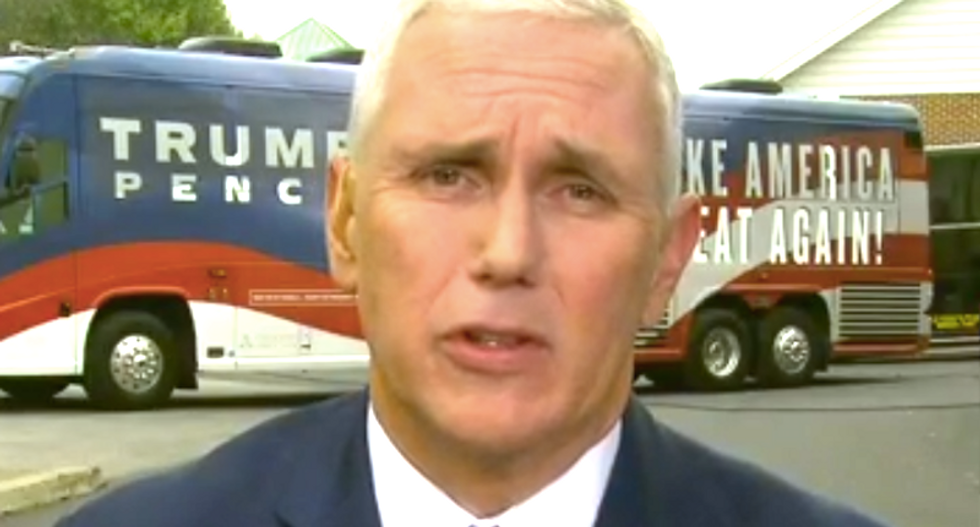 For the moment, GOP vice presidential nominee Mike Pence is standing by Donald Trump the morning after comments made by the nominee about sexually assaulting women rocked the campaign.

In a terse statement, Pence said, "As a husband and father I was offended by the words and actions described by Donald Trump in an eleven-year-old video released yesterday. I do not condone his remarks and cannot defend them."