Here is why fact-checking Clinton and Trump is not enough 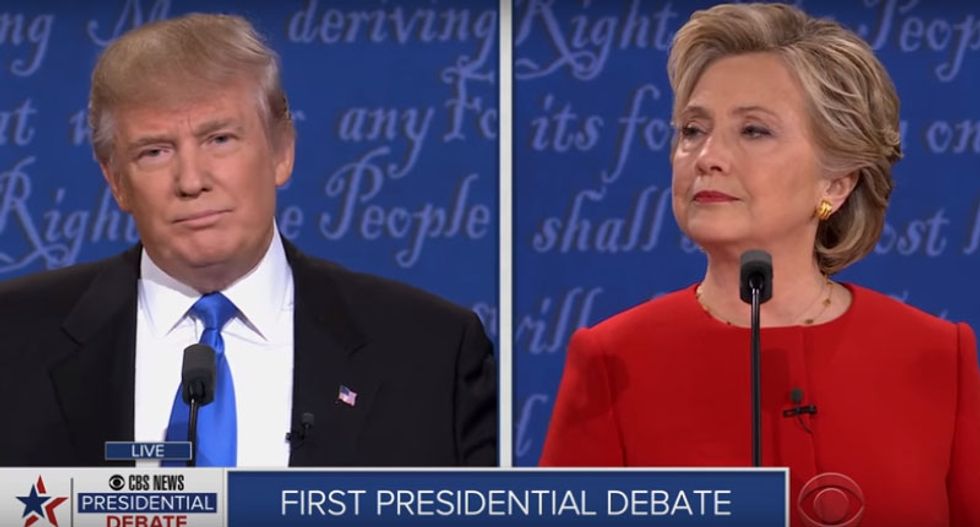 During the debates, fact-checkers like CNN and Politifact focus on evaluating the truthfulness of what each candidate said.

While it is important to get the facts straight, focusing on the truth of the candidates’ statements is not nearly enough to evaluate the actual impact of the debate on the audience. How candidates say things matters just as much as whether they stuck to the facts.

Savvy politicians can take advantage of what scholars call cognitive biases, which make us believe something is true because we feel it is true, regardless of the evidence. This phenomenon is also known as emotional reasoning.

We may think of ourselves as rational creatures who form our opinions based on logic. In reality, our emotions play a much larger role in influencing our beliefs than we think.

We make quick and intuitive decisions based on our autopilot system of thinking, also known as system 1. This is one of the two systems of thinking in our brains. It makes good decisions most of the time, according to Nobel Prize winning psychologist Daniel Kahneman, but is more subject to bias than the other thinking system – known as the intentional system, or system 2. The intentional system is deliberate and reflective. It takes effort to use but it can catch and override the bias committed by system 1. Kahneman describes these as “fast” and “slow” thinking.

Politicians skilled in the art of public speaking can persuade us by playing to the more powerful autopilot system that guides our fast thinking and avoiding arguments based on evidence, reason and logic. Unless we pay close attention, mindfully slowing down and thinking more intentionally, we are highly likely to be influenced by these more emotional appeals.

Each candidate made a number of such appeals during the Oct. 19 debate.

Hillary Clinton stated that Donald Trump is Vladimir Putin’s “puppet.” This invoked a bias likely to cloud the minds of the audience – the halo effect. This bias emerges when we see something we like or dislike, and associate this emotional reaction with something else.

Clinton knows that many Americans do not like Putin. Plus, the image of being someone’s puppet is quite distasteful. Combining Trump with Putin and puppet is bound to create a negative emotional association.

A fact-checker would not be able to give a straight answer on whether Trump is Putin’s puppet. This depends on one’s interpretation, and Clinton could certainly defend her perspective. Yet we can recognize that her framing of this issue is designed to appeal to our fast thinking and create a certain impression that does not necessarily match the facts.

For his part, Trump used repetition to drive home his claims, invoking the so-called “illusory truth effect.” This bias causes our brains to perceive something as true just because we hear it repeated. In other words, just because something is repeated several times, we perceive it as more true.

You may have noticed the last two sentences in the previous paragraph had the same meaning and a similar structure. The second sentence didn’t provide any new information, but it did cause you to believe my claim more than you did when you read the first sentence. In fact, much of advertising is based on using the illusory truth effect to get us to buy more goods.

In the debate, Trump’s relentless repetition of the claim that NAFTA is the “worst deal ever signed” and cost Americans “millions of jobs” functions the same way. Despite the fact that experts disagree on the impact of NAFTA on the U.S. job market, Trump has successfully convinced many millions that NAFTA is terrible.

Trump makes similar statements about not supporting going into Iraq. Many of his supporters are staunchly convinced that he opposed the war, despite clear evidence that he was for it before he was against it. His repetition causes our autopilot system to perceive his statements intuitively as true. It takes effort to fight this perception by using our slow thinking.

Turning once again to Clinton, we see her utilizing the illusion of control. This bias occurs when we perceive ourselves as having more control over a situation than we actually do. For instance, Clinton attributed the decline in the U.S. national debt in the 1990s primarily to her husband’s policies. This exaggerates the actual impact that any president can have on the national debt.

Clinton also insisted – as did Trump – that her policies would add nothing to the national debt, despite independent reports by experts showing that Clinton’s economic reforms would likely add billions of dollars and Trump’s plan add trillions to the debt. Clinton’s statements on debt, along with Trump’s, showed both illusion of control and the desirability bias, which leads one to believe their idealized outcomes will come true.

Another claim often repeated by Trump ties in to his core message – America is much worse than it used to be. He conveys a rosy picture of an idealized American past, when everything was right with the world. It’s reflected in Trump’s motto: “Make America Great Again.”

This motto speaks to our tendency to view the past through rose-colored glasses, a bias known as rosy retrospection and also as declinism.

Many would argue, and I would agree, the world has actually grown better by a variety of different measurements. For instance, people are experiencing less violence and greater health, longevity and economic well-being. Despite this, the more Trump repeats that things used to be better, the easier it is for people to agree.

These are some among many cognitive biases that the candidates used to influence our perceptions and opinions. Because we are often not aware of how the candidates are appealing to our fast thinking, they are capable of swaying our views without our knowledge.

We should start fallacy-checking the debates and public statements, in addition to fact-checking them, to guard the safety of our democracy. In the meantime, it may help to actively think more slowly about the messages Trump and Clinton are conveying.