Kellyanne Conway backtracks: I pledged Trump would 'defeat Islam' because of 'sleep deprivation' 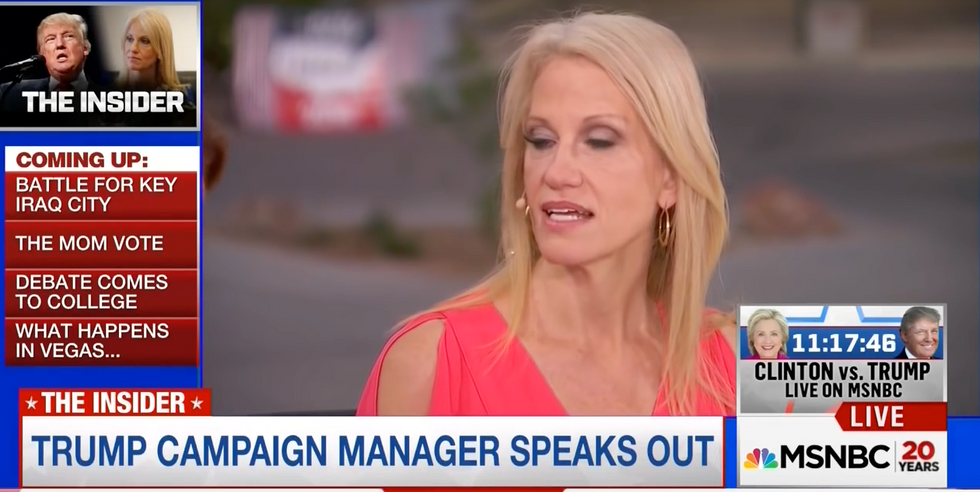 Trump campaign manager Kellyanne Conway is tired. Having to make so many appearances in defense of the Republican nominee, it's understandable that she would even be "sleep deprived."

At least, that's what she told the Daily Beast after reporting to MSNBC on Wednesday morning about Donald Trump's five-point plan to "defeat Islam," a religion that makes up 23 percent of the entire global population.

Conway was likely referring to Trump's plan to defeat ISIS. However, the GOP nominee has also spoken about enacting a temporary ban on all Muslims as well as creating a database of Muslim Americans (something former President George W. Bush already did.)

Perhaps "sleep deprivation" wasn't the best excuse either, as the practice has been described as an "enhanced interrogation technique" used on Muslim detainees in CIA black sites and at Guantánamo Bay prison. I digress.

Watch the full clip of Conway's blunder below via YouTube.