Michael Moore: I feel sorry for Hillary having to put up with 'sexual predators' like Trump and Weiner 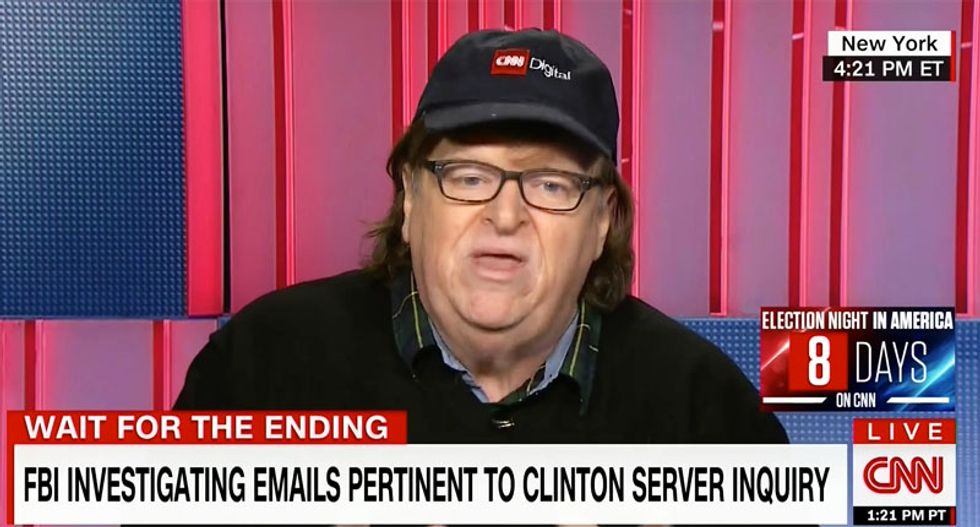 Filmmaker Michael Moore appeared on CNN Monday afternoon to get in some shots at Donald Trump before talk turned to the emails found on ex-Congressman Anthony Weiner's laptop.

Moore immediately lumped the GOP presidential nominee together with Weiner for their creepy attitudes towards women.

Asked by host Jake Tapper what impact the FBI director James Comey's letter about the emails will have on voters, Moore said, many voters may have tuned the election out already by saying, "I can't take it anymore."

Moore then addressed the slings and arrows Clinton has been subjected to over the years -- primarily from men.

"If I were her, I would be sick and tired of these men by now," Moore explained. "Especially the sexual predator nature of both Trump and, allegedly, Weiner. This poor woman, hasn't she had to deal with enough men? I hope women who are watching this or going to be voting have just said, 'I'm sick of it, this is it!' This woman has had to go through enough over these last 25 years. She is going to be there for the people and we're going to put her into the Oval Office."