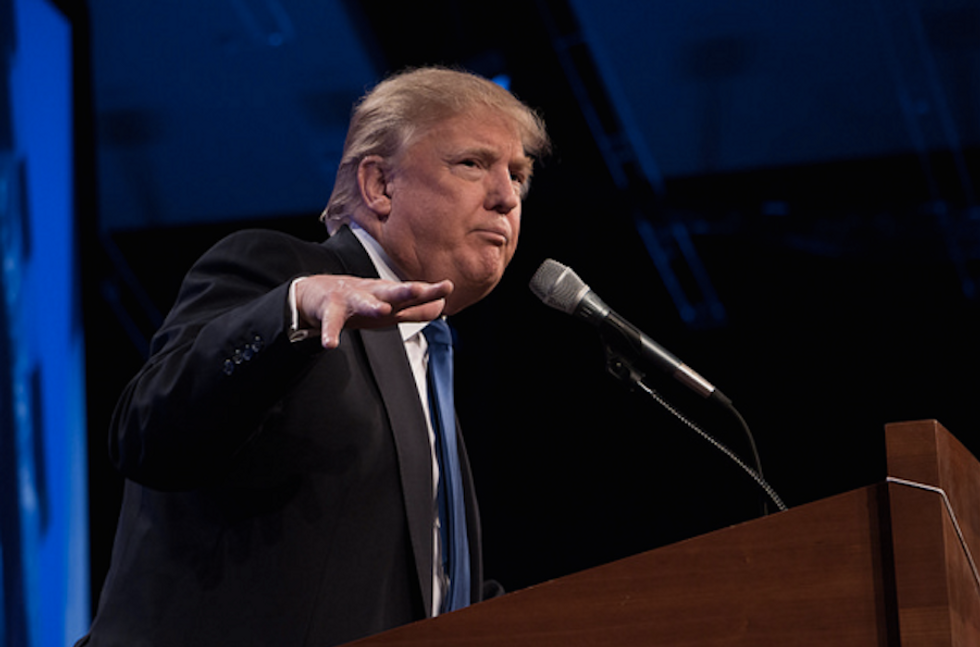 Donald Trump has been making big noises this week about threatening to sue the New York Times after it published allegations from two women who claimed he sexually assaulted them.

The Times has now issued a response to Trump's demand that the paper retract its story -- and it's an absolutely perfect take down that shows the hollowness of Trump's threats.

In essence, the Times argues that Trump has already done so much damage to his own reputation through his own actions that nothing the paper has published could possibly harm it further.

"Mr. Trump has bragged about his non-consensual touching of women," the paper writes. "He has bragged about intruding on beauty pageant contestants in their dressing rooms. He acquiesced to a radio host's request to discuss Mr. Trump's own daughter as a 'piece of ass'... Nothing in our article had the slightest effect on the reputation that Mr. Trump, through his own words and actions, has already created for himself."

The letter ends by all but daring Trump to sue the Times -- which would allow the paper to engage in lengthy discovery to examine his history of sexual misconduct.

"If Mr. Trump disagrees, if he believes that American citizens had no right to hear what these women had to say and that the law of this country forces us and those who would dare to criticize him to stand silent or be punished, we welcome the opportunity to have a court set him straight."

The whole letter follows below.