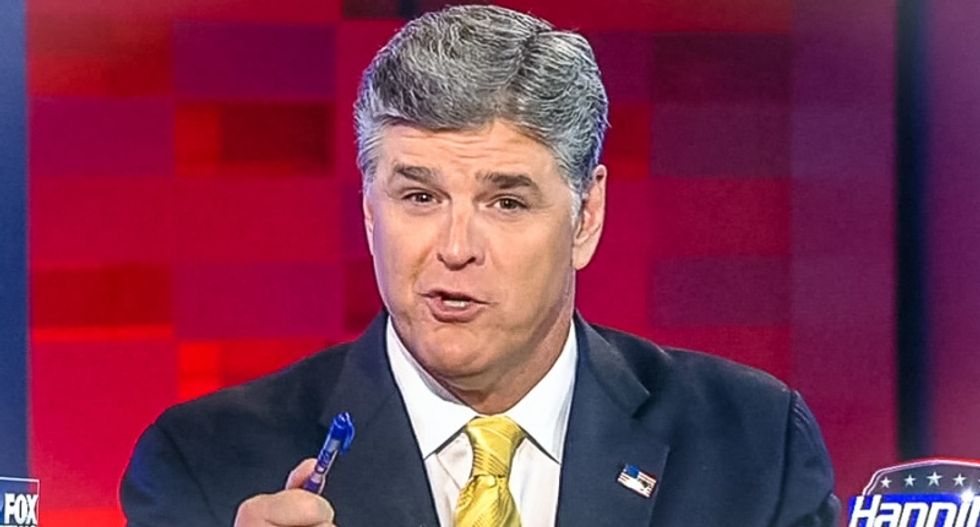 Donald Trump safeword, Sean Hannity, is spinning a strange story this Thursday. In his radio program, Hannity explained to his listeners that even if his BFF loses the debate Sunday night, he'll still win the debate and if only he mentioned Hillary Clinton's underwear, could the election be won.

"I actually have come to a different conclusion as it relates to debates. Hear me out on this," Hannity began, knowing anyone listening might be dubious. "I don't think Trump has to win the debates."

Hannity claims that those topics are the only thing Clinton has any room to talk about and she can't talk about all of the conspiracy theories Hannity, Trump and his InfoWars friends have invented.

"I think that would be impactful," Hannity said, egging Trump on. "At that point, it’s checkmate. She's trying to do everything she can do to pay less, who is she to lecture him, and all he's doing is following the rules and the laws that people like her, lifetime politicians, set up. And she used it herself. So ridiculous."

Listen to the absurdity below thanks to Media Matters: