Pat Robertson: It's 'macho' for Trump to grab women 'by the p*ssy' without permission 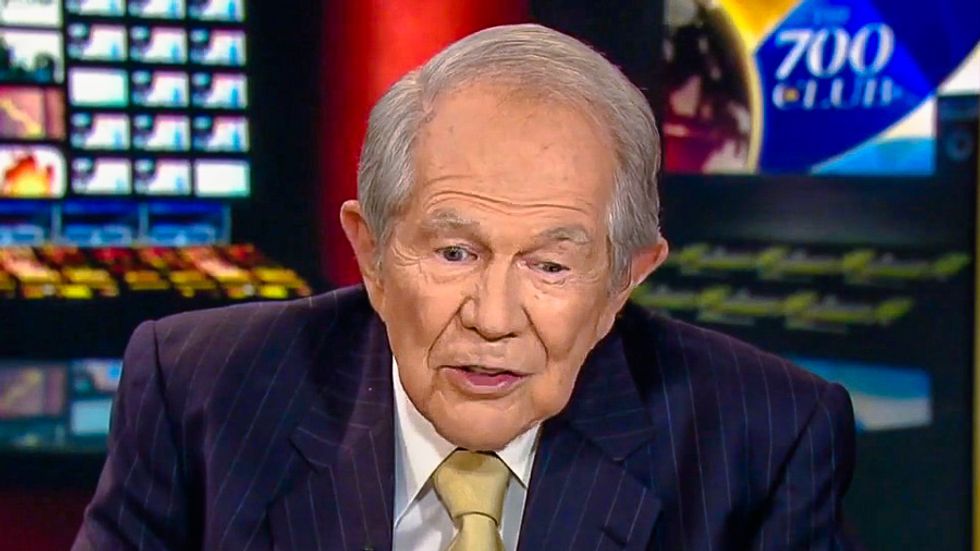 Pat Robertson on Monday declared that Donald Trump was the "clear winner" of Sunday night's presidential debate, and the televangelist asserted that the GOP candidate's admission that he groped women was simply "macho" talk.

"Trump was the winner," Robertson opined on his 700 Club television program. "Basically, the pundits were writing him off."

The TV preacher argued that Trump was like the mythical Phoenix because he had performed well at the debate just days after the leak of a video tape, in which the Republican nominee bragged that he could grab women "by the pussy" without their permission because he was a star.

"A guy does something 11 years ago, it was a conversation in Hollywood where he's trying to look like he's macho," Robertson said. "And 11 years after that they surface it from The Washington Post or whatever, bring it out within 30 days or so of the election and this is supposed to be the death blow and everybody writes him off, 'Okay, he's dead, now you've got to get out of the way and let Mike Pence run the campaign.'"

"The Donald says no," he continued. "He's like the Phoenix. They think he's dead, he's come back. And he came back strong. So, he won that debate."