Paul Krugman: The real reason Clinton is winning is not what the pundits tell you 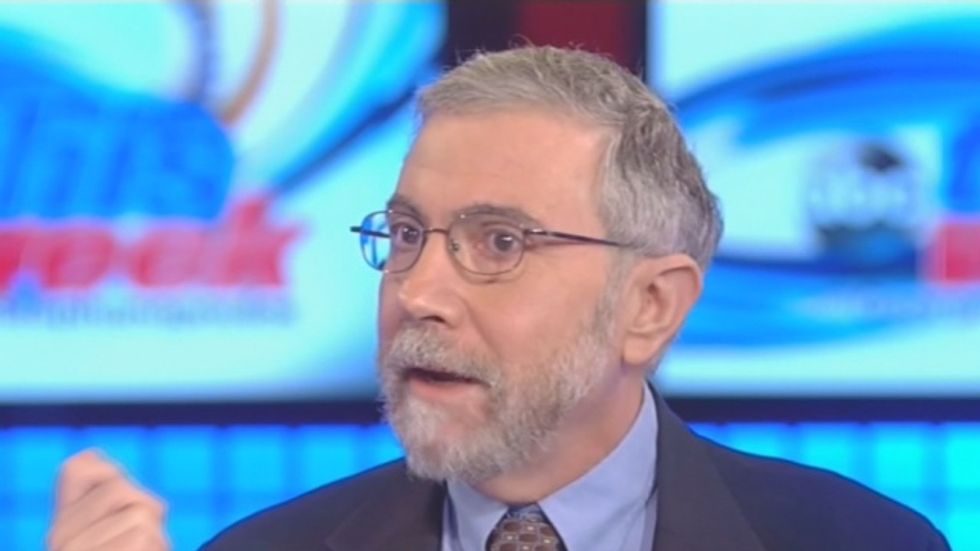 It's not exactly a secret that Paul Krugman has been a Hillary Clinton supporter in this election. On Friday, the columnist examines what her strong debate performances and now apparent large lead reveal about her, and dispels what he sees as the fiction that she is a "terrible candidate."

If she's such a terrible candidate, Krugman wonders, how did she pummel Trump in all three televised debates, using strategies that looked even smarter in the days after, and now lengthened her lead so substantially? "The usual suspects are already coalescing around an answer," Krugman writes, "namely, that she just got lucky. If only the Republicans hadn’t nominated Donald Trump, the story goes, she’d be losing badly."

Big question, what Republican would have been better? One time establishment darling Marco Rubio, say? Let's review per Krugman:

Many people remember Mr. Rubio’s brain glitch: the canned lines about “let’s dispel with this fiction” that he kept repeating in a disastrous debate performance. Fewer seem aware that those lines actually enunciated a crazy conspiracy theory, essentially accusing President Obama of deliberately weakening America. Is that really much better than the things Mr. Trump says? Only if you imagine that Mr. Rubio didn’t believe what he was saying — yet his insincerity, the obvious way he was trying to play a part, was surely part of his weakness.

That is, in fact, a general problem for establishment Republicans. How many of them really believe that tax cuts have magical powers, that climate change is a giant hoax, that saying the words “Islamic terrorism” will somehow defeat ISIS? Yet pretending to believe these things is the price of admission to the club — and the falsity of that pretense shines through.

Krugman cries foul in the usual concept of political talent, which usually matches "a very limited set of archetypes: the heroic leader, the back-slapping regular guy you’d like to have a beer with, the soaring orator."

Admittedly, Clinton is none of those. She is, for one thing, a little too womanny. But the debates showed she is something else, a "self-possessed, almost preternaturally calm under pressure, deeply prepared, clearly in command of policy issues." Does her poise not add up to a kind of charisma? Krugman asks.

He also credits her with actually caring about her signature issues: helping children and families and fighting for women's rights and racial justice.

The rest of the pundits may never come around to crediting Clinton with being the formidable person Krugman sees her as, although this week's debate may move the needle on that just a little.