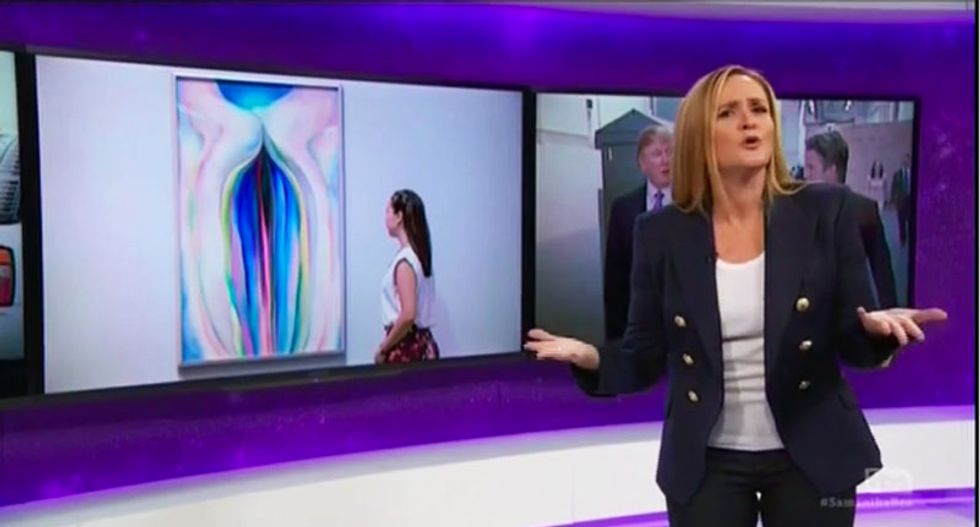 You waited all weekend, and now it is Monday night so we can find out what exactly Full Frontal host Samantha Bee thinks about Donald Trump's disgusting comments about "grabbing women by the p*ssy."

Bee was unsparing of both Trump and Today show host Billy Bush, seen giggling and egging the now-GOP presidential nominee on to talk about how he sexually assaults women.

"And we know this maybe  shocking for most normal men," she added. "But every woman I know has had some entitled testosterone monster grab her like a human bowling ball."

Bee later launched into what she called her "vagina monologue," ridiculing cable show hosts and journalists who balked at saying what they often called, "the p-word."

"Well, that was literally a vagina monologue," she exclaimed to the hoots of the audience.

Watch the video below via TBS: