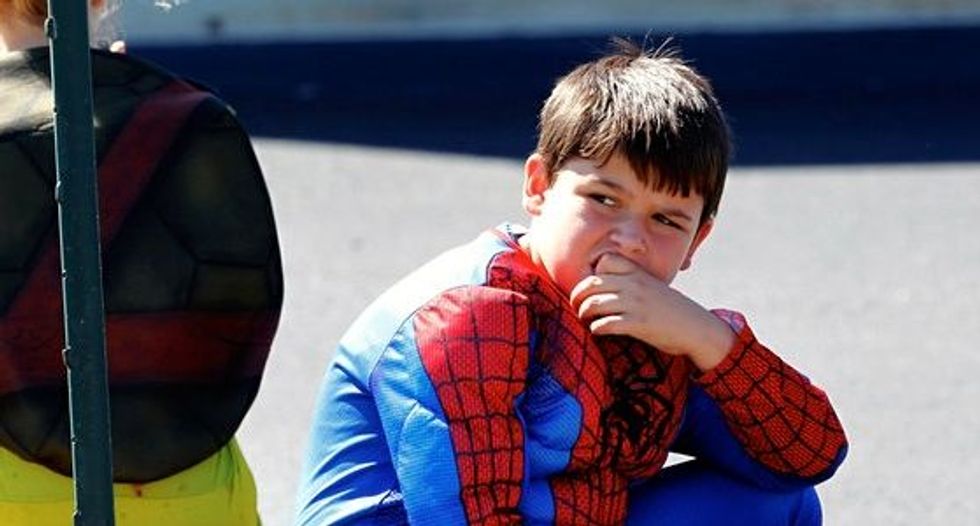 Mourners dressed as colorful comic book characters gathered to remember a 6-year-old boy during a superhero-themed funeral on Wednesday, a week after the child was fatally shot at his South Carolina elementary school.

Jacob Hall suffered a gunshot wound to the leg last week and died at a hospital on Saturday after blood loss led to major brain injury. A 14-year-old boy has been charged with the crime at Townville Elementary School in Townville, South Carolina. Police said he crashed a pickup truck through a fence and opened fire. [nL2N1C929U]

"In 30 years of ministry, this is the most difficult thing that I have ever experienced with a family, a church, a community," said Tim Marcengill, associate pastor of Oakdale Baptist Church in Townville, where Hall's service was held, the Independent Mail reported.

Many of the adults and children who attended wore Batman or Superman costumes to honor Hall, who enjoyed pretending to be a superhero and "imagined himself being the good guy," Reverend David Blizzard said in his eulogy, NBC-affiliate WYFF News reported.

A teacher and two other students also were injured in the schoolyard shooting. Police said the teenaged suspect first shot and killed his father, Jeffrey Osborne, 47, as the man watched television at their home about two miles (3 km) away.

The shooting suspect has been charged with multiple counts of murder, attempted murder and possessing a weapon while committing a violent crime. He has not been publicly identified by police.

Hall's funeral was held at the same church where the service for the shooter's father took place on Sunday.

As mourners left the service for the 6-year-old on Wednesday, some said they hoped for a sense of closure after the violence rattled the community of about 4,000 people.

“I needed to say goodbye and have some hope for tomorrow,” said Michele Cahn, 34, whose son attends Townville elementary.

Cahn and her son wore Flash and Batman costumes.