'The problem is your candidate': Ultra-conservative Fox host explodes over Trump's losing campaign 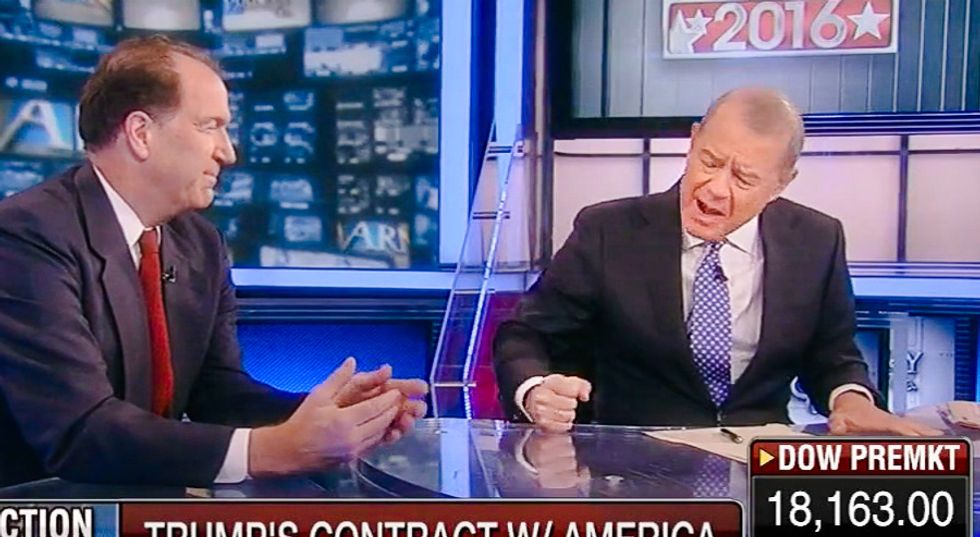 Stuart Varney, one of the most conservative hosts at Fox Business, expressed his frustration with Donald Trump's losing campaign on Monday.

During a segment about Trump's "Contract with American Voters", Varney noted that many Americans had never heard of the plan because the billionaire had focused his speech in Gettysburg on attacking the women who had accused him of groping.

Malpass pivoted to attack Hillary Clinton's job program, which he said means "the government is going to take over your life."

"I'm with you all the way," Varney agreed. "Growth and prosperity."

"Let's talk about those every day," Malpass suggested.

"Have him talk about it!" Varney exclaimed. "Have him pound the table for prosperity and growth. Please!"

"One of the problems is the corruption in Washington," Malpass insisted.

"No," Varney snapped. "One of the problems is your candidate who can't stay away from talking about women and his accusers."