This right-wing parody site is so obvious idiots couldn’t fall for it — but conservatives do, anyway 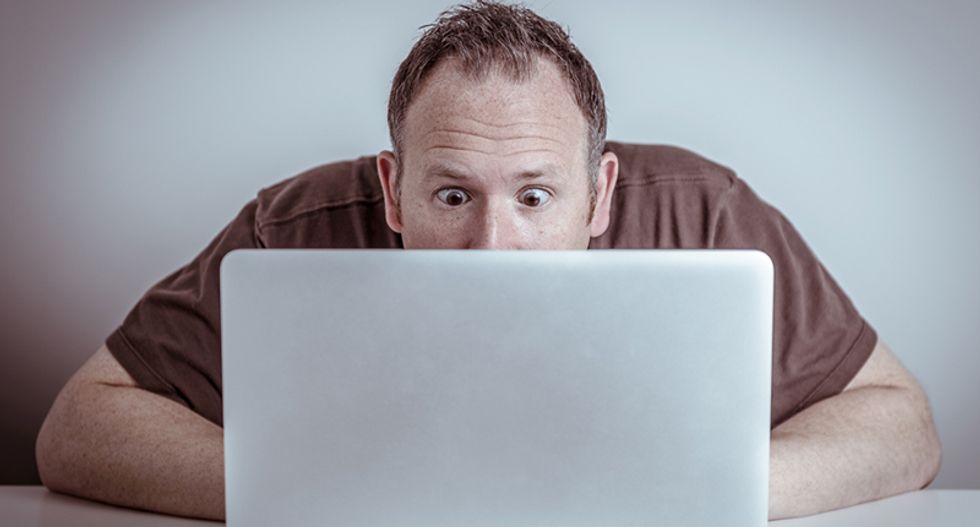 The 2016 presidential election has been so bizarre that it's almost beyond parody -- as moderate Republican dad Marco Chacon found out after setting up a phony conservative news site.

The 47-year-old Chacon got so sick of seeing obviously fake news posted by his friends on Facebook that he and childhood pal Mike Klasfeld decided to amuse themselves by setting up a bogus news site of their own and posting the most ridiculous stories they could invent, reported The Daily Beast.

The pair's plan worked -- maybe a little too well.

Chacon has seen his ludicrous stories published on RealTrueNews.org -- which he makes seem more realistic by posting them into official-looking documents he uploads onto Scribd -- rack up millions of page views, become trending topics on Facebook and Twitter, and even be reported as factual on cable TV news.

The military veteran made up one story about a speech Hillary Clinton supposedly gave to Goldman Sachs, which he pushed over the top by imagining her describing "bronies" -- adult fans of the cartoon "My Little Pony" -- to the Wall Street bankers.

That wasn't enough to raise the suspicions of Fox News, where Trace Gallagher reported on-air that Clinton had described Bernie Sanders supporters as a "bucket of losers" in the middle of her "brony" monologue.

Fox News' Megyn Kelly later apologized after the Clinton campaign denied saying the words Chacon made up, and two polling companies have issued statements denying the existence of memos posted on RealTrueNews -- which is frequently cited as legitimate news on pro-Trump message boards.

Tens of thousands of viewers watch YouTube videos based on ridiculous stories Chacon made up -- and which he tries to make so obviously fake that they couldn't be taken seriously.

“I am absolutely not trying to fool people the way some of these conservative sites are," Chacon said. "Everything on there is satirical. It’s all funny -- well, it’s supposed to be.”

If the repeated references to the occult aren't enough of a tipoff, Chacon pushes the gags even further by filling out one phony document on an Illuminati letterhead.

Watson told The Daly Beast he would "rather boil my own nuts in a pan of steaming hot water” than comment about how he was duped by Chacon -- who said the GOP lost him after nominating Sarah Palin but counted Trump fans among his friends and family.

“I’m sympathetic -- I have family that are Trump supporters," Chacon said.

He thinks his phony news stories serve much the same purpose as Pokemon Go for his readers.

"This makes people’s lives more exciting," Chacon said. "From reading these posts, it seems like people get energized and kind of excited. They’re researching them all as sort of an augmented reality game, and the goal is to catch the bad guys -- like Hillary Clinton and the Illuminati.”

Read the rest of the story posted early Friday by The Daily Beast.