Tim Kaine baits Trump: ‘His own running mate threw him under the bus — that’s going to work on his head’ 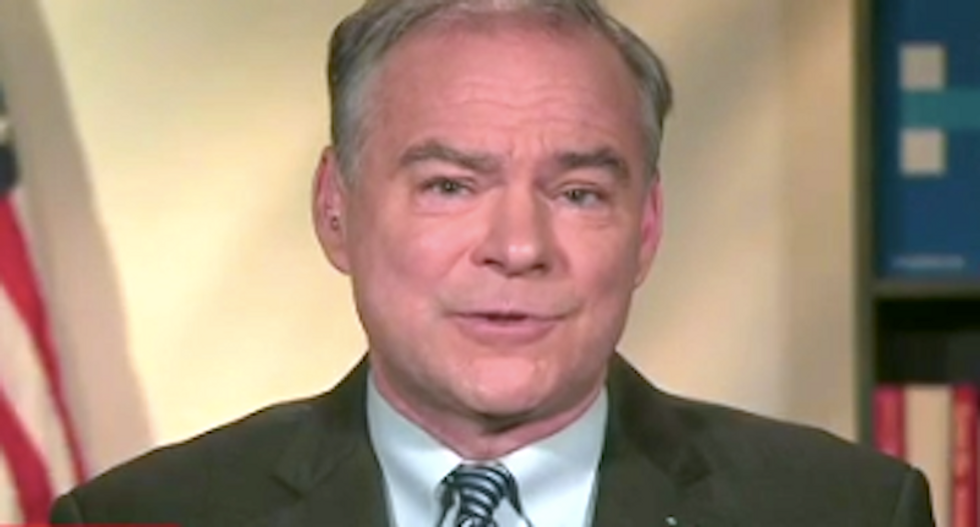 Tim Kaine may not have the post-debate pundit plaudits, but he took a victory lap Thursday morning on CNN's "New Day" as he laid another trap for Donald Trump.

Several reports have suggested that Trump wasn't happy that his running mate, Mike Pence, declined to defend some of his most controversial statements, which Kaine repeatedly recited onto the record during Tuesday's vice-presidential debate.

"There's been a lot of stories to suggest that Donald Trump's reaction to the debate was one of anger -- why won't my own running mate defend me?" Kaine said. "I think that's going to work on his head a little bit as he goes into prepping for the really important debate on Sunday."

Kaine reminded viewers that Trump had a poor performance last week, in the first presidential debate, and then he watched Pence back away from his record instead of defending it.

"He saw a debate two nights ago where his own running mate sort of threw him under the bus," Kaine said. "So yeah, I'm sure the Trump campaign is not happy with that debate, and that puts some extra pressure on him getting ready for Sunday."