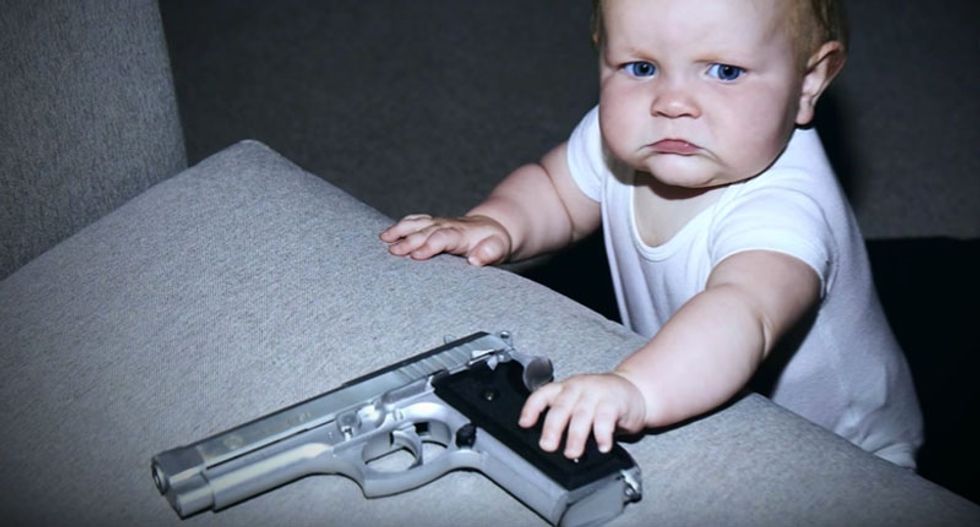 In a brutal video meant to highlight the glut of gun in the U.S., it is recommended that toddlers who get a hold of guns and accidentally shoot their siblings or parents be incarcerated or deported.

The video is the creation of the Brady Campaign to Prevent Gun Violence.

The video – called "Guns Don’t Kill People, Toddlers Do," – features an assortment of small children handling guns while the narrator ominously warns that toddlers can't be trusted and should be sent away.

“We need to lock them up,” the narrator explains. “Not the guns – that’s just un-American. Round them up. Deport them. Get them out of our country. And keep them away from guns.”

The idea behind the video is the common refrain from the NRA that "guns don't kill people, people do."

Flipping the script, the Brady Center points out that "Americans are shot by toddlers every week," and are therefore the real problem -- not too many guns.

According to Brendan Kelly, press secretary for the Brady  Campaign, “We were hoping it would speak to the absurdity that we see as the gun debate in America,”