Trump backer smacked down: 'I'm more afraid of being sexually assaulted by Trump than by an immigrant' 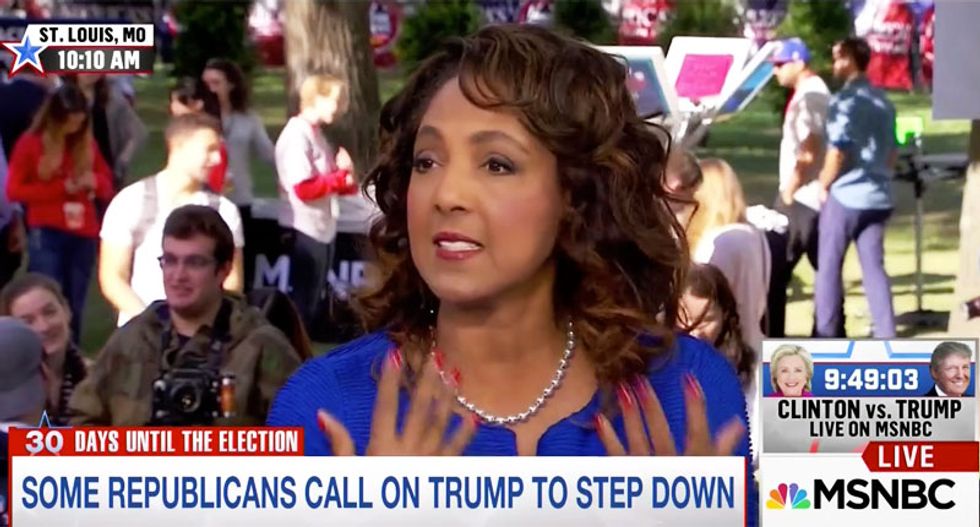 One of GOP presidential nominee Donald Trump's most vociferous advocates on building the wall along the Mexican border got a lesson in what really scares women in the U.S. with a woman lawyer stating she is more concerned with how Trump admittedly treats women.

Appearing on MSNBC's AM Joy, Trump booster Steve Cortes alternately deplored and then dismissed Trump's comments about sexually assaulting women before directing the conversation towards immigration policy, only to have panelist Michelle Bernard pull him up short.

"The the lawyer in me would be remiss if I don't say, analogous to your point Steve, that we are a nation of laws," the public policy expert lectured him. "However, an undocumented immigrant in the United States does not scare me. What scares me is a man, if we go back to P-gate, as it's been called, who will ask for a Tic Tac in case he ends up kissing someone unwillingly, and has admitted on-air that he can do whatever he wants -- including walking up to a woman and grabbing her private parts because he's a celebrity and he's entitled to that. That is against the law."

"It's sexual assault and, if we're going to talk about a nation of of laws, we really have to be focused on the facts that the leader of the Republican Party today is a self-admitted proponent of sexual assault, because that's what it is!" she continued." If someone walked up to his daughter and said 'I'm a celebrity, therefore I'm entitled to grab your private parts,' I think Donald Trump would have a problem with that."