WATCH: Trump urges supporters at Colorado rally not to use mail-in ballots 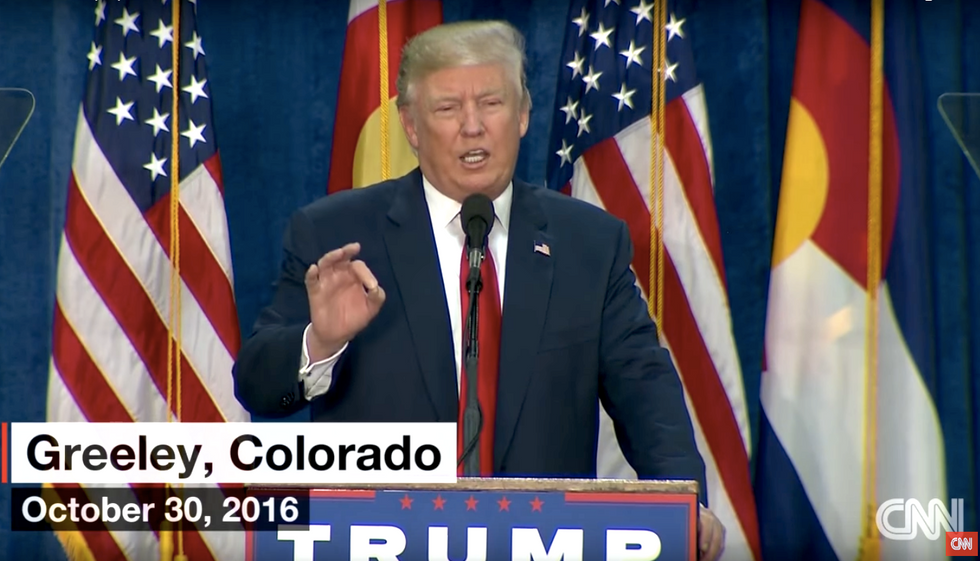 At a rally in Greely, Colorado on Sunday, Republican presidential nominee Donald Trump expressed skepticism about whether the state will count its mail-in ballots.

According to CNN, Trump said that he is "skeptical" that the state will treat mail-in ballots fairly and count them the same as other ballots.

After asking the crowd how many of them have sent in their ballots, Trump said, "Now do you think those ballots are properly counted?"

The audience erupted in boos.

"You can check on your ballot to make sure it's counted properly," he said. "I know they're all saying, 'Oh, of course everything is so legitimate, everything is so...perhaps I'm a more skeptical person, okay?"

"You can go to University Center and they'll give you a ballot, a new ballot. They'll void your old ballot, give you a new ballot. And you can go out and make sure it gets in. Now, in some places they probably do that four or five times, but we don't do that. But that's great. By tomorrow, almost everyone will hopefully have their ballots in."

These dubious tips come after weeks of Trump complaining that the election is "rigged" and saying that voting fraud is a major concern because his rival Democratic nominee Hillary Clinton is going to "open the borders" to allow "illegals" to enter the country and vote Democratically.