Van Jones: 'We have a superpredator running for president -- and his name is Donald Trump' 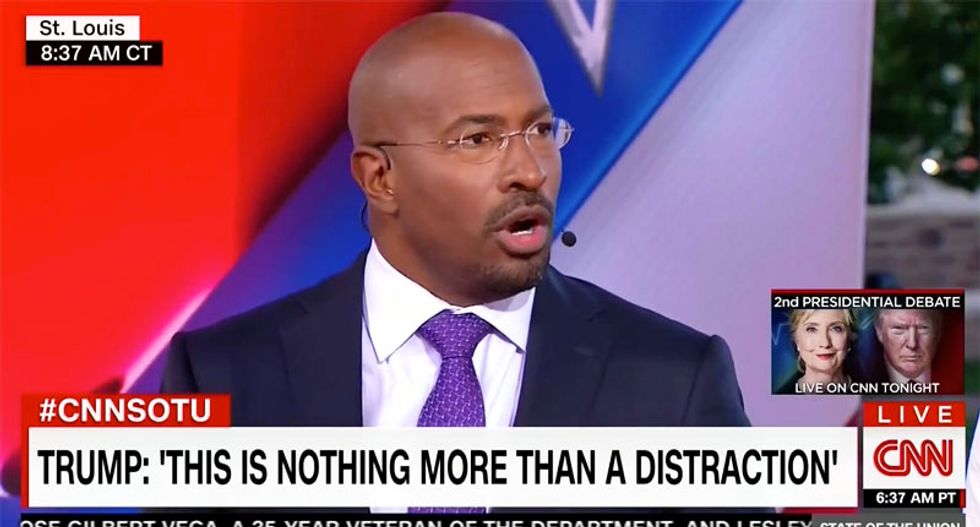 Appearing on CNN's State of the Union, a furious Van Jones tore into GOP presidential nominee Donald Trump on Sunday morning, accusing the supposed "law and order" candidate of being a "thug" and a "superpredator running for president."

In the midst of a panel discussion on Trump's vile bragging about sexually assaulting women by "grabbing them by the p*ssy," commentator Jones interjected and laid down a righteous smack-down of the new face of the Republican Party.

"Now, the irony here is this for me -- this man came on to the scene politically in New York City attacking five innocent black boys accusing them of what? Sexual assault," Jones continued. "He comes on the scene. He says these five boys committed sexual assault -- and they were innocent. He never apologized! He said Mexican immigrants are rapists, sexual assaulters. It turns out the sexual assaulter, the superpredator is the man running for president! We have a superpredator named Donald Trump. I want to challenge the media now: put up the pictures of those five young innocent black boys and Donald Trump and ask America, 'Who is a thug here? Who is a thug?' It's Donald Trump."