WATCH: Angry Joe Biden brutally blisters Trump over veteran PTSD insult -- 'Where the hell is he from?' 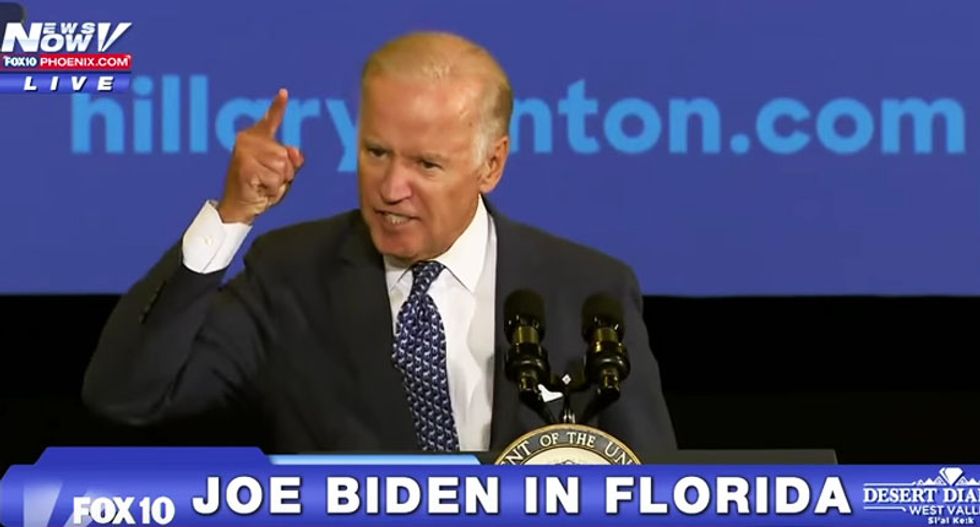 "Where in the hell is he from?" Biden said at a campaign rally before adding, "No no no no. This is deadly earnest."

Biden then related the story of his late son Beau who served a tour of duty in Iraq as well as what another soldier who served told him when the VP attempted to pin a Silver Star on him for bravery.