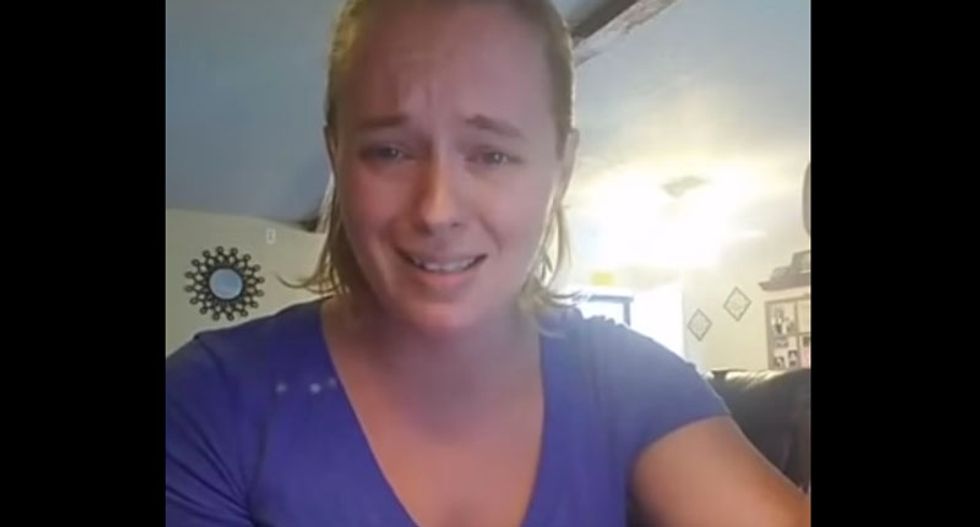 In a video posted to YouTube, a mother of four who says her car radio is normally tuned to a Christian station, has a tearful breakdown after relating how she and her four children heard a hip hop song on a Top 40 radio station.

The culprit song? 'Norf Norf" recorded by Vince Staples and released over a year ago.

As the woman relates the story, she allowed her 11-year-old daughter to switch to radio station 104.5 only to have 'Norf Norf' come on.

“This is on our local radio station, this crap is being played,” she said. “I couldn’t even believe the words that I was listening to. As a mom, it infuriated me. Obviously the cuss words were bleeped out, but I'm not stupid.”

“I remember listening to the top hits as a kid,” she says. “You know Britney Spears, Christina Aguilera, Backstreet Boys, and N’SYNC. Those were the top hits when I was a kid. Nowadays it’s not the same, not the same at all.”

The more the distraught woman describes the song, the more upset she becomes, bursting into tears as she read the lyrics off of a desktop computer screen.

After sharing the lyrics, she went on a rant.

"Ill never listen to that radio station again, ever," the rattled mom frantically explained. "I am shaking. I cannot believe that was on our local radio station. Top hits. Top hits! I just don't understand why they think that's okay."

Still sobbing, she added, "As a mom, man, I'm raising four little girls and that just breaks my heart. I tell you right now, music has a strong influence on our children. I normally never listen to that radio station, it's almost like I was meant to hear it to let you guys know about it.  I don't know."

We have also included 'Norf Norf' for the few of you who have not heard it: