Watch Colbert on Trump: 'He's going to keep us in suspense on whether he'll wipe his fat ass with the Constitution' 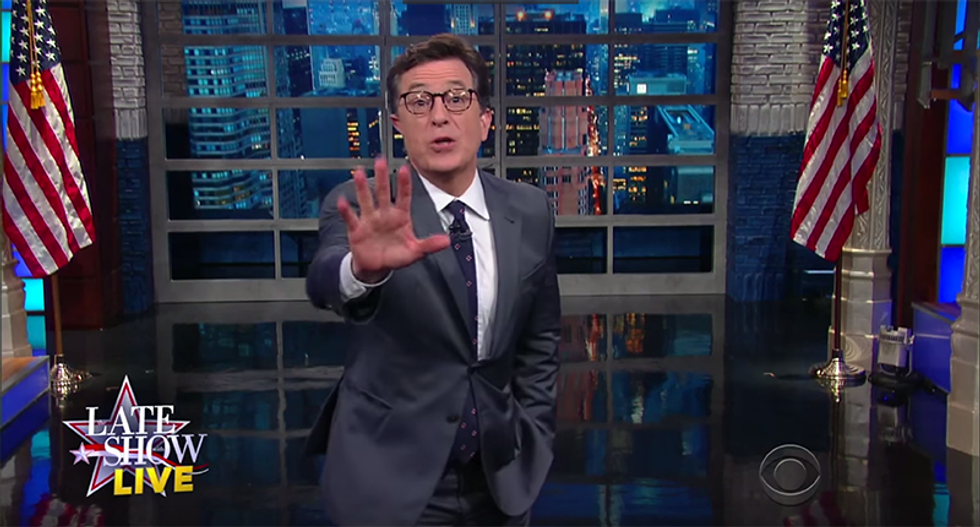 Late Show host Stephen Colbert was right on top of Tuesday's Presidential Debate and laid into GOP nominee Donald Trump for refusing to state that he would gracefully concede should he lose November 8.

Flipping Trump's own words about looking "at it at the time" and keeping America "in suspense," Colbert slammed Trump hard.

"He's going to keep us in suspense whether he'll wipe his fat ass with the Constitution," Colbert snarked.

Watch the video below via CBS