WATCH: GOP lawmaker stumped when asked if he’d still back Trump if he bragged he ‘liked to rape women’ 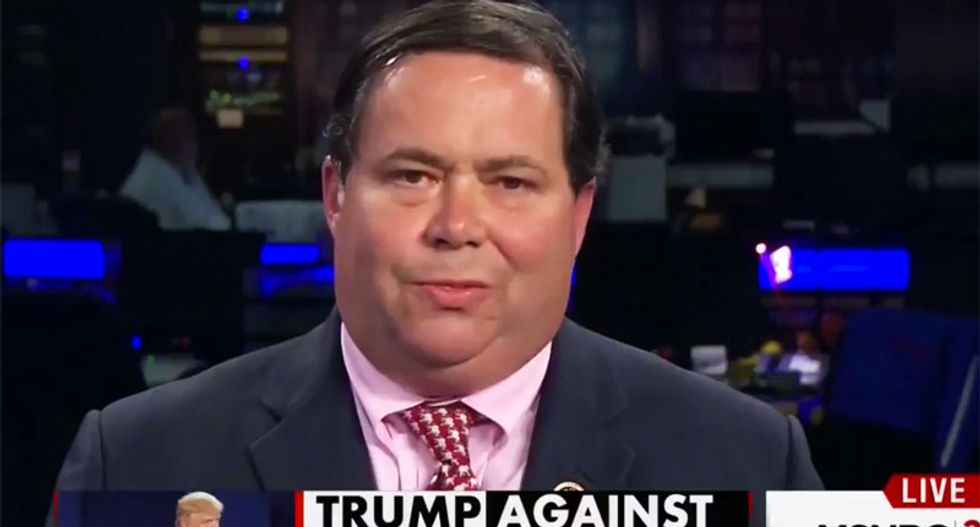 A Republican congressman was absolutely stumped when asked if he would still continue to back GOP presidential candidate Donald Trump if a tape was uncovered of Trump bragging that he liked to rape women.

Rep. Blake Farenthold of Texas was in the midst of defending Trump on MSNBC Tuesday night, when host Chris Hayes pressed him to see how far Trump could go before the Republican would run away from the nominee.

'If he said, 'I really like raping woman,' would that be locker room talk?" Hayes asked.

Following cross talk, the Texas Republican offered, "I don't like what he said, I think he can defend himslef on that."

"If a tape came out of Donald Trump saying that -- saying 'I really like to rape women,' you would continue to endorse him?" a clearly disgusted Hayes asked.

"Again---- I, I, that would be bad," was the best the lawmaker could offer before adding, "And I would have to consider it. Again, we're talking about what Donald Trump said 10 years ago as opposed to what Hillary Clinton has done in the past two or three years."

Hayes can heard simply saying, "No."

Hayes: If a tape came out w Trump saying 'I like to rape women,' you’d continue to endorse?