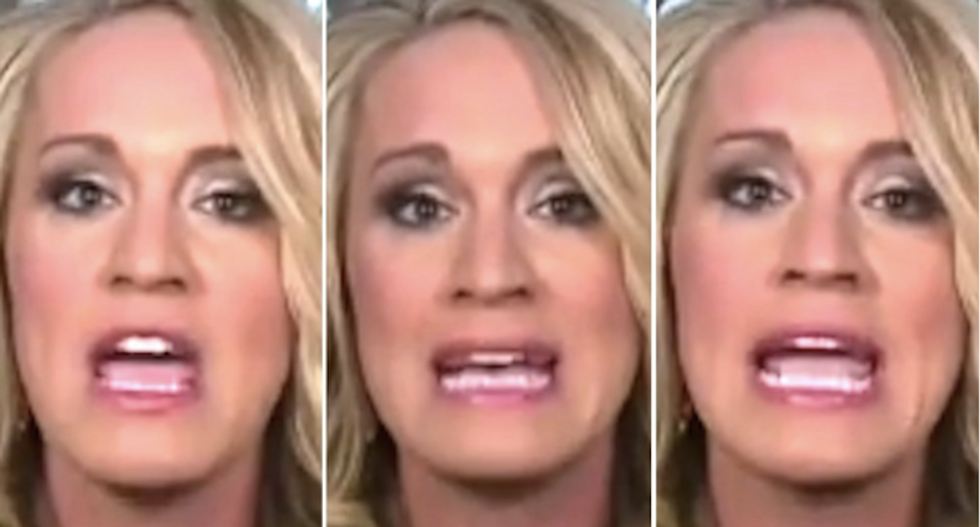 CNN's Alisyn Camerota asked Hughes to explain what Trump meant when he inaccurately claimed that women could -- and did -- get abortions the day before their due date.

"For those of us in the pro-life movement, it doesn't matter if it's one day or all the way up to a few weeks before birth," Hughes said. "Having an abortion is murder to us, so the killing of a baby -- partial-birth abortion, which Hillary Clinton did support -- even if it's 20 weeks into their due date, is just murder in our viewpoint."

She trotted out the bizarro-feminist argument that abortion was harmful to women because half of fetuses were statistically likely to be female.

"Mr. Trump took a hard stance (Wednesday), saying that he would fight hard to make sure that the future generation of women would have a chance to live," Hughes said.

CNN's Chris Cuomo asked Hughes whether she agreed that a woman had a right to decide what happened to their own body, and the Trump surrogate argued that only some types of abortions should be outlawed.

"We're talking about women who have started to use this as a version of birth control, who has had multiple abortions, who sit there and decide, they find out a genetic test their child might have some sort of mental handicap and decide that they just don't think they can handle that type of child," Hughes said. "That is what makes them decide to have an abortion. Those issues right there -- yes, I'm sorry, that child does have a right to live."

Sanders called out Trump for using graphic language to trigger an emotional response to his misleading claims about abortion, and Hughes responded by bringing up the case of a Philadelphia physician convicted of murder for killing three infants and a patient during attempted abortions.

"The killing of a baby, like what we saw with Dr. (Kermit) Gosnell, is graphic, and I think Americans need to know the truth about what abortion is," Hughes said. "When you do have babies that come out that you can actually tell that they are a life form, so those of us in the pro-life movement who have studied what abortions do, and children who have come out still alive and then are murdered -- yes, those stories need to be told, I think, a little bit more. And then maybe we would have women have more of an appreciation for life before they ended it."