'When you retire, will you tell Trump he was right about Kenya?' Watch Sam Bee's hilarious Obama interview 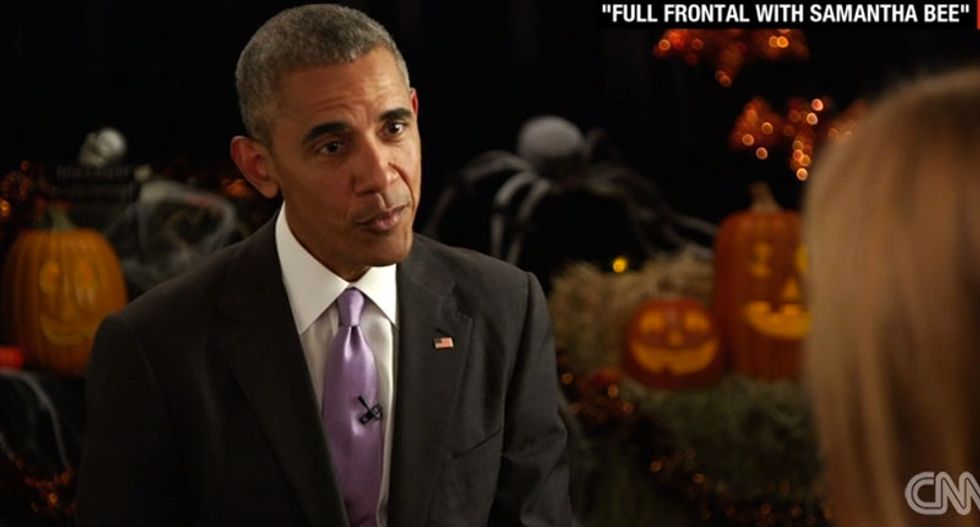 In a much anticipated interview, Full Frontal host Samantha Bee sat down with President Barack Obama to review his legacy and trade quips.

The outgoing president, who has less that 100 days left in office, has been making the talk show rounds, with Obama also scheduled to appear on HBO's Real Time on Friday night with host Bill Maher.

Sitting down with Bee, the president made a pitch for Americans to get out and vote, in between snarky comments from Bee who continually mocked his age, asking if he was planning on going on Antique Road Show.

Discussing his post-presidency, Bee asked the President if he was going to "mess" with Trump after stepping down.

"After you leave office, have you thought of just whispering in Donald Trump's ear, 'You were right, I wasn't born here,' just to, like, mess with him?" Bee asked.

"I think it's fair to say that I will be organizing my post-presidency where I'm not close enough to him to whisper into his ear," Obama shot back.

Watch the video below via TBS: