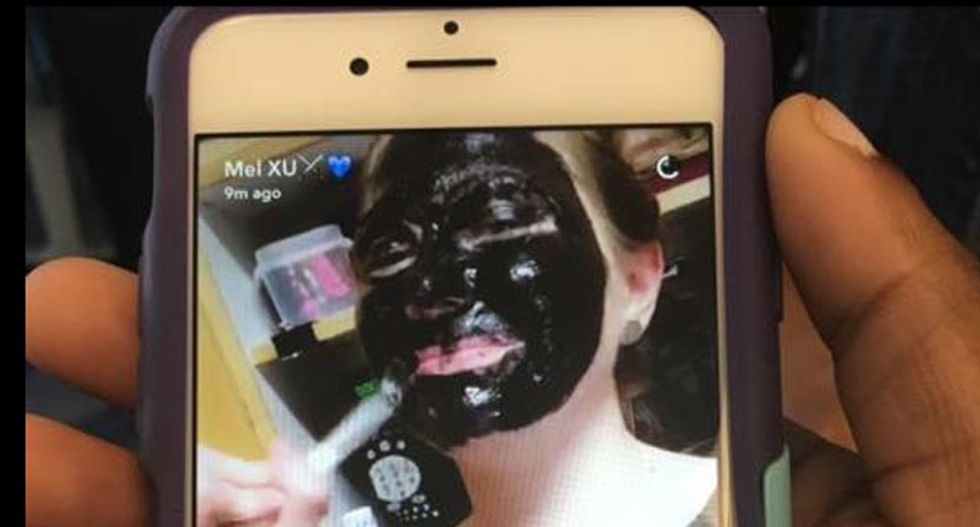 A series of incidents triggered by anti-black racism at Xavier University in Cincinnati, Ohio have left the student body and community outraged.

On Monday night, a Snapchat photo of a female Xavier student wearing blackface with the caption "Who needs white when black lives matter" circulated on social media, leading to anger and frustration among students.

The following morning, another violent and graphic photo made the rounds. Individuals hanged a skeleton wearing a traditional West African dashiki from the window of the Fenwick building, which houses primarily sophomore year students.

The skeleton, which was arranged in such a way to replicate the act of lynching, was placed in a window that faces one of the college's main lawns and was set up alongside a Donald Trump 2016 "Make America Great Again" flag.

A former student suggested that whoever set up the scene was "sending a clear message to anyone on Xavier's campus who is not white."

One Xavier student took to Facebook to write, "Xavier University, your black students may not make up a large percent of your population but we do exist and we do demand the respect that our counterparts receive. We are tired of the blatant racism that is so comfortably shown to us on Xavier's campus."

The image of the skeleton in the window next to the Trump flag sends an important message. It is absolutely a message to non-white students on the college's campus.

It is also an incredibly important statement on the state of this country in 2016 and the dangers of a Trump presidency — one that dangerously emboldens the growing white nationalist movement.

The college's president Michael J. Graham sent an email to the Xavier community that read as follows:

I am outraged and deeply troubled by recent racist images connected to Xavier students. Racist actions are unacceptable on our campus, and we have mechanisms to respond in a responsible and thoughtful manner. When one of us falls short, we all fall short.

Many of our students, of all races, are in pain over this. Steps are being taken to make sure that all the members of the Xavier community know that we must act with integrity, justice and generosity, in solidarity for and with each other. Please be assured this is being addressed on campus through a variety of channels.

I will personally continue to stay on top of this and keep you updated. 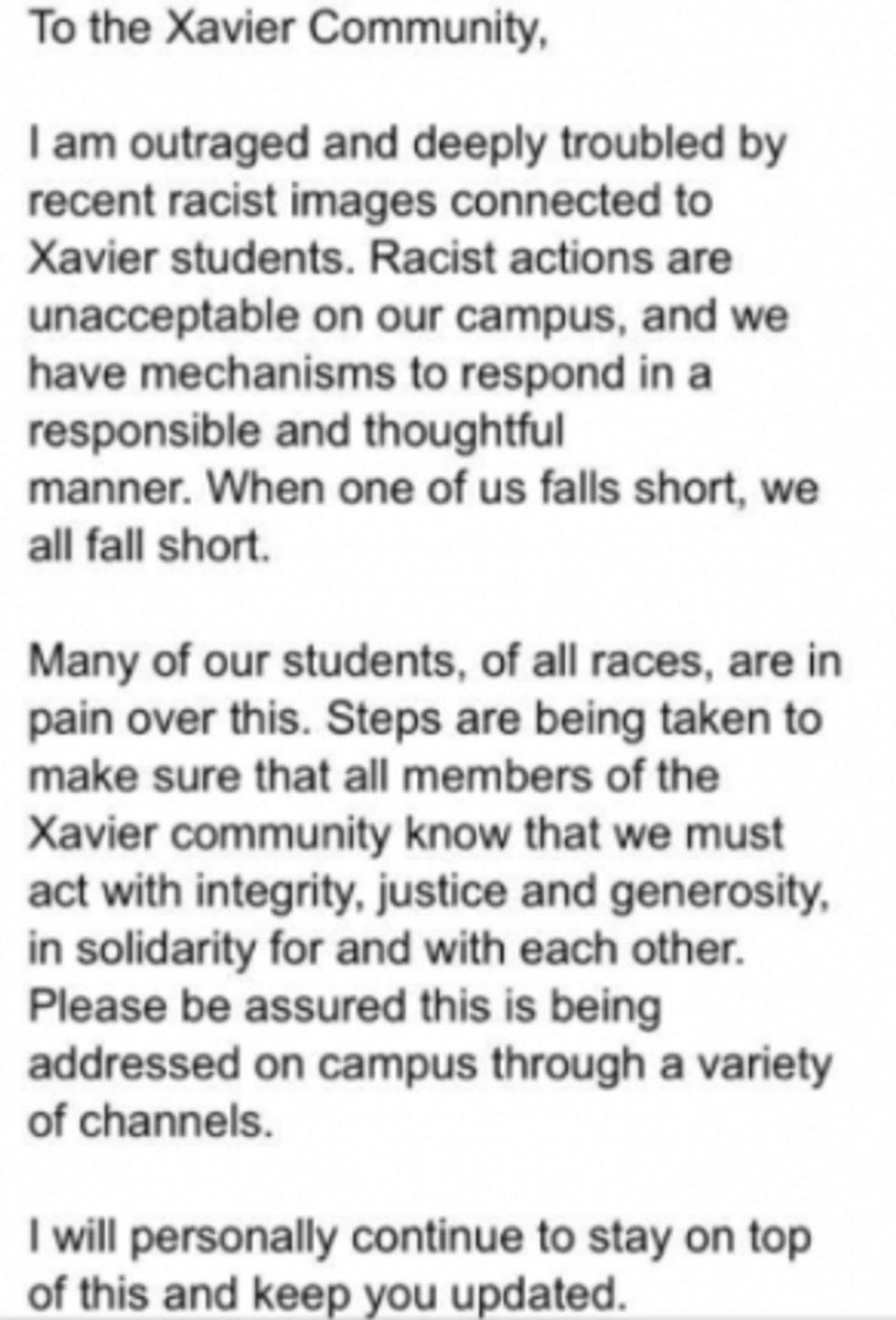