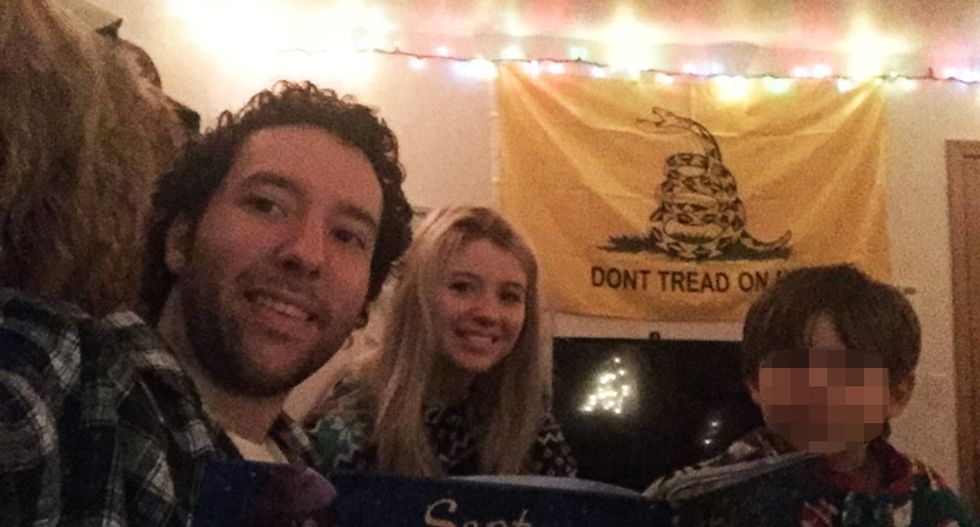 Police in Fairbanks, Alaska are investigating what appears to be a murder-suicide in a motel room that took the lives of the shooter, his wife, his mother and an 8-week-old baby, reports KTUU.

According to police they were called to the Hampton Inn late Friday afternoon where they were met by a crying man who led them to a room containing four bodies. Police have identified the fours as suspected shooter McKay Hutton, his wife Emily McDonald, his mother Linda Hutton and his 8-week-old daughter Teagan.

"A single firearm was recovered in the room. Make, model and location are still being withheld," Fairbanks Police Department spokesperson Yumi McCulloch said in a statement, adding that police are still searching for a motive.

A look at suspect McKay Hutton's Facebook page shows a profile photo of the 22-year-old holding the infant, with a header featuring a banner promoting the 2nd Amendment.

In a photo posted on his Facebook, and taken on New Years Eve in 2015, Hutton is seen with his wife and an unidentified child -- thought to be the son of McDonald -- with a "Don't Tread On Me" Gadsden flag displayed on the wall behind them decorated with Christmas lights.

According to Emily McDonald's Facebook page, the couple -- both 22-years-old -- were married in November, 2015. There was no indication from police about the whereabouts of McDonald's son.