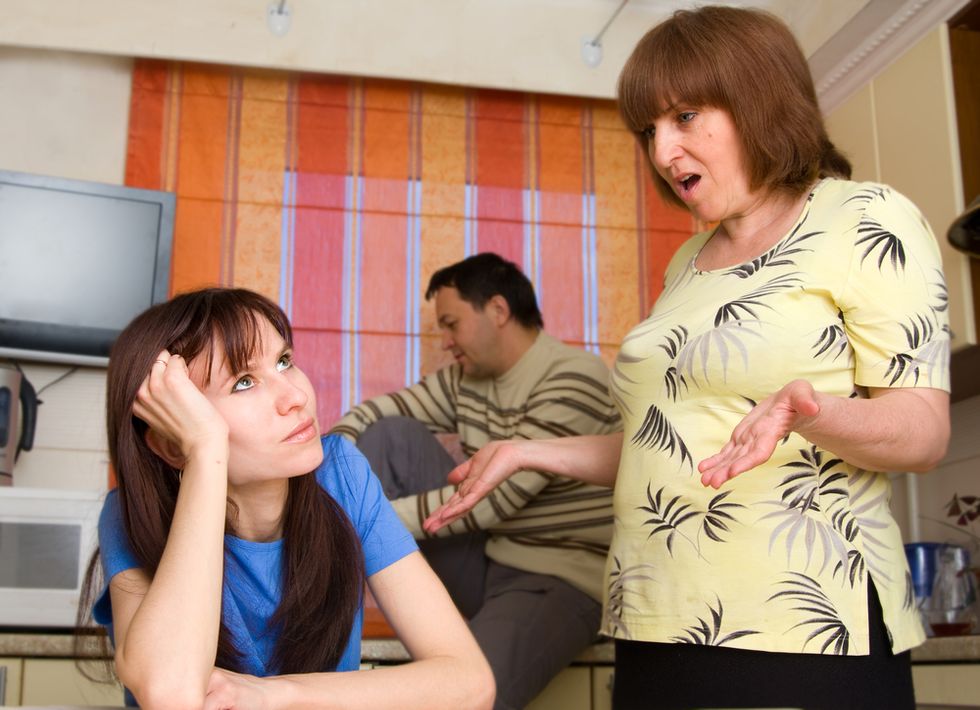 An argument between family generations (Shutterstock.com)

The approach of Thanksgiving is filling many Americans with dread as they anticipate spending time with pro-Trump family members and potentially enduring bruising political arguments around the holiday table.

Hostage negotiator George Kohlrieser spoke to Quartz and offered some tips on how to defuse potentially tense discussions and avoid a red-faced, screaming argument with your uncle who forwards you all those racist chain emails.

Kohlrieser is a clinical and organizational psychologist who has assisted law enforcement personnel with delicate hostage situations over the course of four decades. Kohlrieser himself has been taken hostage four times and his suggestion to worried holiday revelers is to establish commonality with your family members before an argument can erupt.

“There’s a lot of sadness and fear and anger" among people who voted for Democratic nominee Hillary Clinton, Kohlreiser said. Before you enter a tense family environment, you must:

1. Know your emotions and be prepared to manage them

2. Be curious: listen with an intent to hear, rather than react

3. Acceptance does not mean agreement

"We have to recognize that there is deep grief all around,” Kohlrieser said, like the grief that drove Americans to choose a bellicose, know-nothing "outsider" over a highly qualified and reasonable candidate.

"We have to try and understand their alienation," he said.

So rather than shouting at your mother for voting for Donald Trump, as her why, Kohlrieser said, and when she answers, listen.

Some possible questions could be, "Why did you vote for Trump? What do you think will happen now? What will happen if he does some of the things he said he would do? What does a 'great' America look like to you?"

The point is not to kick off an argument, he said, but rather to find a place where both parties can meet.

In a hostage negotiation, Kohlrieser said, his goal is to understand why the hostage-taker is doing what they're doing. Once you've found out their motivations, he said, "You don’t persuade by arguing, you persuade by questioning, and engaging in dialog,”

Quartz's Jenny Anderson said, "For a long time, the right has felt like elites have taken America hostage. The left now feels like it’s being held hostage by Trump. There is common ground there."

Avoid becoming overly excited, said Kohlrieser, because when emotions take over cognitive function, we typically say and do things we later regret.

Furthermore, he suggested, come to the situation armed with neutral statements aimed at deflecting political conflicts.

“I don’t share that view. Pass the potatoes" or "That’s not my vision for America, but I sure am glad we still live in a country where you are free to express your opinion.”

Kohlrieser reminds those attending holiday functions with potentially combative relatives and friends should remember that the dinner table isn't necessarily a debate podium.