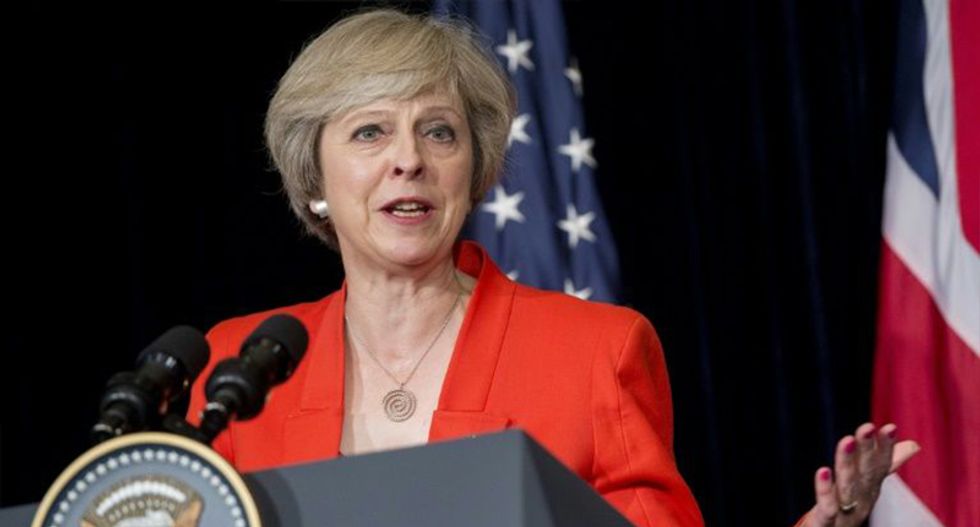 British Prime Minister Theresa May and U.S. President-elect Donald Trump agreed on Tuesday that they should work to build relationships through the U.S. transition and meet at the earliest opportunity.

Britain has long cherished its "special relationship" with the United States as a central pillar of its foreign policy, but speculation has been widespread in London about how ties would evolve under Trump after a series of perceived snubs from him.

"The Prime Minister called the U.S. President-elect this afternoon as part of establishing a regular dialogue between both of them," May's Downing Street office said in a statement.

"They discussed how the President-elect’s transition plans were progressing and agreed that their teams should continue to build close relationships through this period, including with a meeting of their National Security Advisers in the United States before Christmas," it said.

Trump caused astonishment in London last week when he suggested that Nigel Farage of the opposition UKIP party, a firebrand of the Brexit cause and vitriolic critic of the ruling Conservatives, should be Britain's ambassador to Washington.

The government responded that there was no vacancy, but the suggestion, an unprecedented breach of diplomatic protocol, was embarrassing for Downing Street.

Following his election, Trump spoke to nine other world leaders before he spoke to May, which also raised eyebrows in London.

In Tuesday's call, the two leaders also discussed NATO, agreeing on its importance and on the need for more members of the alliance to meet the target of spending 2 percent of GDP on defense.

Britain already meets that commitment, but Trump has repeatedly complained about others falling short, raising concerns in other NATO countries about his intentions toward the organization.